Renowned news photographer Mikael Buckused the Sony QX1 to capture a series of striking macro images, using only the lens-style camera attached to his smartphone to show the breadth of photography that it can produce. The camera can be paired with any Android or iOS smartphone.

The first images in the series were taken in the woods on Hampstead Heath. Crisp icy crystals can be seen close up in the frosty scenes –normally unseen in a smartphone image, the combination of the lens style camera paired with a macro lens reveals the intricate ice structures.

The second in the series of shots were also captured with a QX1 using a macro lens, and show the beauty of insects, beetles and butterflies in microscopic detail. The shoot took place at the Haslemere Museum, which has over 65,000 insects in their collection.


The Sony QX1 works alongside your smartphone or tablet and can be used in conjunction with both Sony’s lenses and lenses from other manufacturers through an adapter – photographers can make use of any lens from their collections to create a wide range of effects by controlling exposure, focus and shooting modes.

As part of his job as news photographer Mikael Buck has a strong eye for detail which has seen his images featured in a number of leading UK publications, he commented on the capabilities of the Sony QX1:

“Being an editorial photographer, I am used to capturing pictures on a DSLR to accompany the daily headlines so to use something like the QX1 was certainly a change however it truly did exceed expectations. The sheer detail that can be captured using this lens-style camera is incredible, it really opens a whole new world of photography up for professionals like myself. Although the cameras in smartphones are getting better all the time, there is a whole world of microscopic detail that you could never photograph with them until now due to the limited nature of their fixed lenses. Using the QX1 and macro lenses I was able to capture shots of everything from the individual crystals of ice on a frost covered leaf to the tiny cells on a dragonfly's wings.”

The lens-style camera features an APS-C size Exmor CMOS sensor which has 20.1-megapixels to capture flawless detail, as you’d expect from a much bigger camera.

“The QX1 is a very inspiring photographic tool because of its compact size and the ability to detach the camera body from the phone should you wish – it enables photographers the freedom to leave the house with just a phone and a lens and still being able to take SLR quality images. It can be remotely controlled using your smart-phone so you can get all kinds of weird and wonderful angles that you simply wouldn't think to try with a larger camera.” 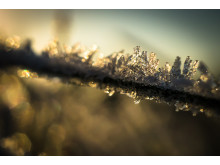 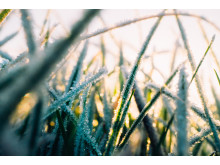 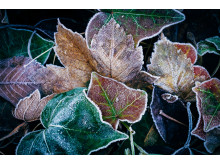 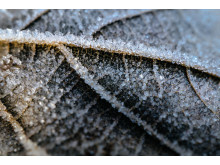 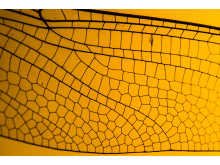 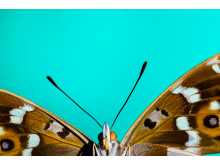 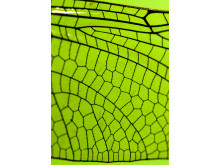 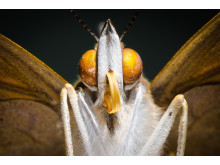