Suspending disbelief, losing yourself in the moment… it’s what great entertainment is all about, and with Sony’s new Blu-ray Disc™ players and Home Cinema systems you can experience it like never before.

Picture quality is sharper and clearer than ever, regardless of whether you’re watching via a Blu-Ray Disc™, a DVD box set, or catch-up TV streamed from the Internet. Even the YouTube™ videos are improved close to HD quality.

For true picture quality purists, the BDP-S790 Blu-ray Disc™ player can upscale movies to Digital Cinema 4K resolution. Considered ‘the next generation of High Definition’, this new format offers over four times greater resolution than current Full HD. Your eyes are in for a treat!

Enjoy the latest Hollywood blockbuster in 3D surround sound, or recline with a more intimate, understated TV drama thanks to smoother and purer audio from the new Home Cinema Systems.

A consistent listening experience is delivered thanks to a cutting-edge software option that automatically adjusts sudden spikes in sound – including those blaring adverts! By focusing the sound level on dialogue, rather than audio effects such as music or explosions, it maintains a comfortable acoustic level.

Another key feature is enhanced auto calibration, enabling you to enjoy the optimum audio experience, regardless of where the speakers are placed.

In addition, all new N-Series Home Cinema Systems are equipped with innovative Magnetic Fluid speakers. Not only do these deliver virtually flawless, distortion-free sound, they’re also more energy-efficient and compact than traditional speakers.


Even more spoilt for choice

With Wi-Fi built into more Sony Blu-ray Disc™ Players and Home Cinema Systems than ever before, it is easy to access, enjoy and share an even wider world of online entertainment through your LED TV.

The Sony Entertainment Network – a vast offering of movies on demand, music, sports, catch-up TV and online videos with channels like iPlayer, Video Unlimited and YouTube™ - is the focal point of the entertainment offering.

Whether you’re watching the latest film, or listening to your favourite song, in-depth information about the content is available through the Sony Entertainment Network at the touch of a button.

And what if you’ve got music and photos on your Smartphone or tablet that you’d rather enjoy on a grander scale? The new ‘throw’ function allows content to be transferred to Blu-ray Disc™ Player or Home Cinema System quickly and easily. The same goes for movies, music or photos stored on a PC, which can be quickly accessed via the home network and played on the big screen.

For total convenience, Smartphones can even be set up as a remote control for the entertainment system, acting as a keyboard for online surfing, or allowing you to easily adjust settings.

It’s all part of Sony’s goal to make the entertainment experience as effortless, varied and immersive as possible.

Ben Law, Product Marketing Manager said: “The way we enjoy entertainment has changed and our new Blu-ray Disc™ Players and Home Cinema Systems for 2012 reflect this. Our new product design maximises the aesthetic appeal of the range, new speaker technology ensures all content sounds great, and video can be up-scaled to Digital Cinema 4k resolution.

“Accessing online content through the Sony Entertainment Network can be done at the touch of a button, and even low resolution video will look great on a big screen thanks to our Internet Picture Enhancer. It all helps ensure you can experience the best content, more easily, and in better quality, than ever before.”

The 2012 range of Sony Blu-ray players and Home cinema systems are in store now. 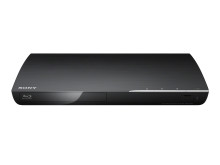 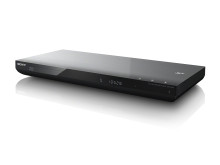 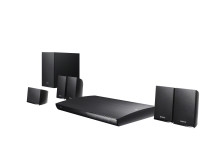 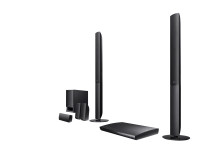 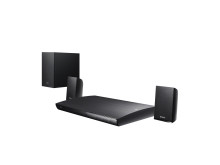