Despite the reported “decline of the album” Sony Europe and music download service Qobuz research has found that album sales are performing strongly – thanks in part to the introduction of new, higher-quality digital formats to listen to them in.

Part of the surge in digital album downloads has been prompted by the availability of current and back-catalogue. Statistics show that where the Hi-Res audio version of album is available, 84% of consumers will choose it rather than a compressed single. With acts such as Michael Jackson, Daft Punk and Alt-J all dominating the Hi-Res album charts it is becoming more unusual not to feature in Hi-Res.

Hi-Res audio refers to the encoding and playback of music using higher sampling rates than in CDs. Artists usually record their albums in Hi-Res (24bit/96kHz) in the studio and, once mixed, tracks are compressed for CD and download (16bit/44.1kHz) With studio quality sound delivered by High-Resolution Audio products, nothing is lost from the original recording and therefore it is sound, as the artist intended.

At the same time pan-European music retailer Qobuz, who specialise in Hi-Res audio, reported that, in September 2014, the sale of tracks and albums in Hi-Res audio formats surpassed those of lower resolution downloads for the first time. Total Hi-Res audio sales accounted for 53% of all downloads, compared to 11% in April 2014.

This has been driven by wider availability of Hi-Res Audio tracks as the total number of albums available rose from 1,500 in 2013 to 26,000 today – with major artists re-mastering their back catalogue to be available in these formats and new albums being released in high resolution at the outset.

Tom Smith of indie band Editors, who release universally acclaimed albums ‘In this light and on this evening’ and ‘The weight of your love’ in Hi-Res Audio for the first time on 19th November, is happy that fans can get closer to music as the artist intended: “I think it’s great that the opportunity is there for fans who desire to listen to the music in greater depth. As a musician, to know that listeners can go deeper into the sonics of your recordings if they wish is definitely a good thing.

“Hi-Res audio is giving the listener a chance to get closer to that moment of recording, which is closer to the artist’s vision than they were previously able to get.”

Alberto Ayala, Director of Home Entertainment at Sony Europe comments: “Consumer habits are changing as the ‘playlist generation’ curate their own listening experience. There are signs, however, that studio quality audio can be a key influence in reversing this trend as 84% of those surveyed said they would prefer listening to full albums if they could listen to them in Hi-Res audio, the way they were originally recorded.

“At Sony we are continuing to release the latest Hi-Res products to market as listening to music in its original and best quality becomes central to consumer preference. We believe that the album has an important role to play for generations to come and hopefully Hi-Res will help retain this focus.”

Sony, one of the first to make Hi-Res Audio capable products available to consumers across its entire portfolio of audio products, has recently released a range of headphones and new Walkman® which produce sound as the artist originally intended it.

The world’s smallest and lightest Hi-Res Audio digital music player, the exquisitely styled Walkman® NWZ-A15 immerses music fans in a world of vivid, richly detailed sound bringing true audiophile credentials to portable audio players. The MDR-1ADAC headphones include a built-in USB DAC amp that takes the digital output and converts the signal to an analogue output for amplification. The result is enhanced sound. Hear all and feel more with Sony High-Resolution Audio.

Survey consists of 2000 people who admit to having music as their main interest. 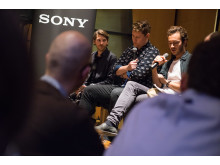 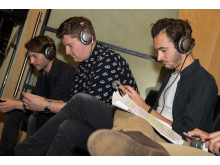 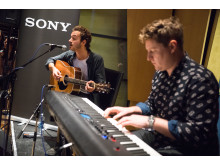 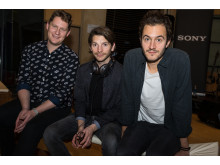