The 2010 Sony World Photography Awards are open for entries from today, Monday 1 June 2009.

With categories for both professional and amateur photographers, the Sony World Photography Awards is one of the world’s largest photographic events. The awards are a platform for both established and emerging photographers and in 2009 the competition attracted over 60,000 entrants from 139 different countries.

The competition for professional photographers incorporates 12 categories across three genres – commercial, fine art and photojournalism/documentary. The overall winner will take the coveted L’Iris D’Or title together with $25,000 (USD) along with Sony camera equipment. The 36 category finalists will then be exhibited in galleries across the world as part of the Sony World Photography Awards Global Tour throughout 2010 and 2011.

New for the 2010 awards, a documentary category has been introduced for amateur photographers. Whether documenting a person, place or current issue, the category is looking for an image which captures momentous occurrences of every day life. From the nine categories, one photographer will be chosen as the Sony World Photography Awards Amateur Photographer of the Year and win a grand prize of $5,000 (USD) and Sony camera equipment.

The Campaign Award 2010 also launches on 1 June. A special category for amateur photographers, the award seeks to uncover imagery that captures the emotion and the passion of football from the fan’s point of view - the highs, the lows, and the incredible lengths supporters will go to support their teams. The winning photograph will be selected by renowned sports photographer Delly Carr and the prize will include two tickets to a 2010 South Africa World Cup game, a Sony Alpha DSLR camera and lens plus the opportunity to a photographer in a Sony digital campaign.

For further information about the awards and to enter the competition please visit www.worldphotographyawards.org

· Astrid Merget, Event Director and Scott Gray, Managing Director of the WPA are available for interview through Colman Getty

· Images from the 2009 Sony World Photography Awards are available via Colman Getty. Use of images must comply with SWPA terms and conditions (see below)

All copyright remains with the photographer

Photo by-lines for each photographer with copyright symbol must run adjacent to any images thus: © Photographer’s name, courtesy of Sony World Photography Awards 2009

Images may be used for editorial media purposes relating directly to Sony World Photography Awards; they must not be sold or used for any other purpose. Material shall not be altered, added to, have any part deleted or otherwise manipulated. Material shall not be copied or loaned, and no use whatsoever shall be made of it by the recipient without the written consent of Colman Getty. Save for the purpose of production, photographs may not be stored in any electronic medium without the permission of Colman Getty. You may use no more than two images per professional photographer. 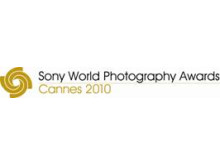