Sony Corporation (“Sony”) will unveil its new lineup of products at the CES 2018 in Las Vegas, Nevada, held from Tuesday, January 9 (local time).

On display will be its latest product offerings such as 4K OLED televisions and wireless noise-cancelling stereo headsets that allow you to enjoy high audio quality music while working out. It will also be introducing its latest initiatives in automotive image sensors that will contribute to the advent of fully autonomous driving in society, and artificial intelligence (AI) x Robotics including the recently-announced entertainment robot aibo™, which will be on display for the first time anywhere outside of Japan.

Sony Corporation President & CEO Kazuo Hirai spoke at the Sony press conference held on Monday, January 8, stating that “in the space of consumer electronics, I strongly believe that there is still so much that we can do to innovate and to bring you the most meaningful creative and entertainment experiences through our products.”

A video of the press conference can be streamed at the following URL: http://www.sony.co.uk/ces2018pr

Main Products and Prototypes Being Showcased

The new 4K OLED BRAVIA® AF8 Series comes equipped with a 4K HDR image processor X1™ Extreme together with Sony’s unique Acoustic SurfaceTM technology that vibrates the display and enables sound to be output directly from the TV screen, employed in last year’s acclaimed A1 Series. It adds to the lineup of 4K OLED BRAVIA TVs with the new design that minimises the footprint allowing the AF8 to be positioned in a wider range of locations. It provides an immersive and seamless integration of image and audio as only Sony can.

The XF90 Series of BRAVIA 4K LCD TVs also come with the X1 Extreme. Through the new X-Motion Clarity™ technology, moving images are precisely controlled in order to minimise blur, and it keeps fast action scenes clear and smooth. With a large screen size of up to 75-inches1, you can enjoy the fast-moving action of a movie or sport content in blur-less, high quality images on a big screen.

The prototype of X1TM Ultimate next-generation picture processor will also be on display. This has twice the real-time processing power compared to the current X1 Extreme. By bringing out the best of both LCD and OLED display panels, it seeks to deliver the highest level of picture quality in BRAVIA history. At the event, an 8K display featuring the X1 Ultimate will also be showcased. Combined with Sony’s unique backlight technology, our prototype 8K display demo shows off real-time processing of 8K HDR content as well as a peak brightness of 10,000nits, the highest in the HDR format.

HT-ZF9 and HT-XF9000 are slim soundbars that match beautifully when placed alongside your BRAVIA. Both soundbars support Dolby Atmos® and DTS:X™, the latest audio formats. Equipped with Sony’s groundbreaking Vertical Surround Engine technology, the front speakers of each model can produce 3-dimensional acoustics all by themselves. In particular, HT-ZF9 isthe world’s first 3.1ch soundbar to support Dolby Atmos.2By combining them with the Dolby Vision™-compatible3AF8 series and XF90series, as well as UBP-X700 4KUltra HD Blu-Ray™ player, it brings out a truly immersive experience that blends 4K HDR picture quality with the latest audio format.

Furthermore, the WF-SP700N wireless noise-canceling stereo headset brings unparalleled audio quality that supports an active lifestyle, boasting the world’s first4 noise-cancelling and splash-proof (IPX4)5 functionality among truly wireless headphones. Now you can devote your full attention to the sport or exercise at hand and enjoy your favorite music without worrying about outside noise, sweat, or rainwater. The Ambient Sound mode also allows you to let in external sound during a workout and listen to music. Additionally, WI-SP600N was also announced as a sports-centric offering in the behind-the-neck style wireless headphone category.

Also revealed was an increase in voice assistant-compatible devices. Sony is planning to bring Google Assistant compatibility6 to last year’s acclaimed 1000X series of wireless noise canceling headphones as well as the newly announced WF-SP700N and WI-SP600N. Through this increase in our compatible device lineup, we hope the Google Assistant will providesmart features to our customers in all parts of their daily lives, be it in the home or on the go.

2: As of January 8th, 2018, according to research by Sony Corporation.

3: Dolby Vision will be made available via a future firmware update.

4: As of January 8th, 2018, according to research by Sony Corporation, in truly wireless headphones with IPX4 rating or higher

5: JIS waterproof protection level IPX 4 indicates that water splashing against the enclosure from any direction shall have no harmful effect.

7: Compatibility available in United States as of present.

8. Compatibility available in United States and United Kingdom as of present.

9. Compatibility available in United States, United Kingdom, France and Germany as of present.

Both models offer smooth performance thanks to the Qualcomm® Snapdragon™ 630 Mobile Platform and the fingerprint sensor located on the back. They also boast a refined metallic look thanks to the anodized aluminum on the sides and the beautifully seamless design with a borderless design that takes the display to the edges.

Both models are set to roll out globally from late January 201810.

10: Availability may vary by region.

Life Space UX products give you the power to transform your space and create new experiences. The new LSPX-A1 4K Ultra Short Throw Projector will launch in spring 2018 in the US. Designed to blend in with an artificial marble top, half mirror finished aluminum frame and wooden shelf, this projector fits seamlessly into any living environment. Its inbuilt imaging technology allows you to enjoy 4K HDR projections of up to 120-inches simply by placing it near a wall, while its Advanced Vertical Drive Technology-compatible11 tweeter produces audio that resonates through the entire space. For example, you can transform your space by projecting images of a forest onto the wall and listening to the bubbling of a brook. It also features subwoofers for a riveting audio experience while enjoying a favorite film.

There will also be a demonstration of “It’s all here,” a new concept that uses AI-enabled content analysis and mapping to display large amounts of music, movies, and books to find the content that piques your interest.

11: Sony’s unique speaker drive technology. Devices attached to the end of the vibration plates send vertical vibrations in the direction that the sound comes out, emitting sound waves to produce clear tones.

On display will be CCB-WD1, a new Camera Control Box that expands the possibilities of RX0 (currently available). RX0 brings the high image quality the RX series is known for in a waterproof, robust12, and ultra-compact body. In addition, Sony will demonstrate the new multi-camera13 solution for RX0, made possible by CCB-WD1’s use of a highly reliable wired connection14 or a more flexible wireless connection15 through an access point. The APS-C-compatible E Mount 18-135mm F3.5-5.6 OSS zoom lens announced on January 4th (San Diego, U.S.) will also be showcased, which boasts a compact size while maintaining high magnification and image quality, alongside a new silver colouring for the current α6300 model. Furthermore, the latest in Sony’s array of digital camera products will also be available, including α™, Cyber-shot®, Handycam®, and Action Cam, as well as the FS7 II XDCAM® memory camcorder and other cameras geared for film, commercials, and other professional use.

12: Depending on usage conditions and circumstances, no guarantee is made regarding damage to, malfunction of, or waterproof performance of this camera.

13: Refers to the use of multiple cameras that capture sequential or simultaneous photos of the subject from multiple points of view through bullet-time (time slice) shooting, etc.

14: Depending on the specifications of the equipment to be used, the number of devices that can be connected will change. Up to 100 units connection have been tested (based on Sony tests).

15: System software update for RX0 and PlayMemories Mobile™ ver.6.2 (scheduled to be released soon) are required. Depending on the specifications of the access point, smartphone, tablet to be used, the radio wave environment of the installation location, the number of devices that can be connected will change. Up to 50 units connection have been tested (based on Sony tests).

Enjoy a new PlayStation®VR virtual reality experience from the world of “The Last Guardian,” the action-adventure title depicting the bond between a young boy and a colossal, mysterious creature named Trico.

Sony’s high-capability image sensors give cars the gift of sight in this new demonstration showcasing the possibilities for contributing to the advent of fully autonomous driving. As demand rises for technology that allows automobiles to detect their surroundings in 360-degrees during various driving situations, Sony’s advanced image sensor technology can capture information about its environment faster, more accurately, and more precisely than the human eye. Visit the Sony booth for a look at our vision of a future of automated driving, using sensor technology that exceeds the human eye. Announcement of “Sony’s Initiatives in Automotive Image Sensors” (January 9, 2018)

At its Corporate Strategy Meeting in June 2016, Sony announced that it would aim to combine its existing strengths in areas such as video and audio technologies, sensors, and mechatronics, with AI, robotics, communications and other elements to offer new proposals. Since then, it has been steadily advancing multiple projects in these fields. aibo™, an autonomous entertainment robot, is one such project. It will be on display at CES for the first time anywhere outside of Japan.

Press releases for newly announced products for the U.S. market can be found here

*Listed products are the registered trademark or trademarks of Sony or their respective companies.

*Google, Google Home and other related marks and logos are trademarks of Google LLC.

*Amazon, Alexa and all related logos are trademarks of Amazon.com, Inc. or its affiliates. 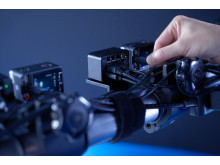 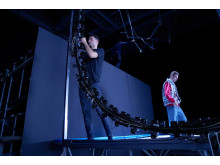 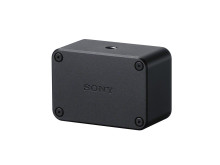 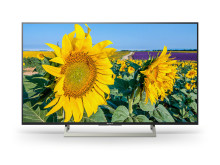 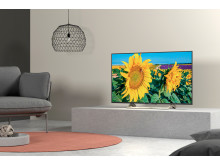 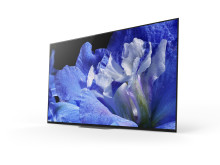 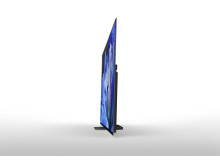 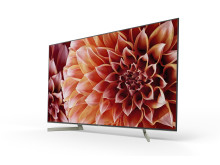 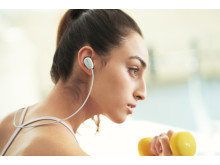 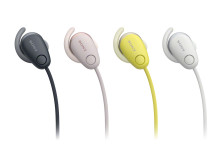 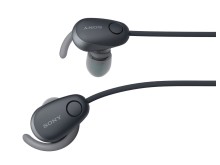 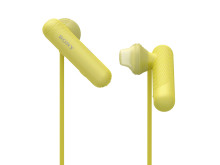