At the IFA consumer electronics show in Berlin, Germany, scheduled to begin from Friday, September 1, Sony Corporation is set to showcase an array of its latest products.

At the Sony press conference held on Thursday, August 31 (local time) in advance of IFA’s official opening, Shigeru Kumekawa, President of Sony Europe introduced the company’s newest digital imaging and audio products. “By continuing to deliver revolutionary products that resonate at a deep emotional level, Sony stands at the “last one inch” between our customers and the experiences they seek. We are achieving steady profit growth in our electronics business here in Europe by focusing on the high value-added market, and are well positioned for the remainder of 2017 and beyond,” Kumekawa said. Hideyuki Furumi, EVP, Global Sales & Marketing, Sony Mobile Communications Inc. then took the stage to introduce the latest products from the XperiaTM X smartphone series.

A video of the press conference can be streamed at the following URL:

The RX0 is a new digital camera that continues to featurethehigh-qualityimaging capabilities that Sony has achieved overyears with the RX series, while also boasting a robust1,2,3 and waterproof3,4 design -- all in an ultra-compact body. This enables users to capture high-quality photos and videos in any shooting conditions including the rain, underwater, in sandy or dusty environments or in a scene where impact force is applied to a camera body. It also has the super slow motion recording capability5 to capture and replay fleeting moments of action in an impressive way.

The RX0 opens up entirely new imaging possibilities, and inspires an unprecedented scope of expression from all who take it in hand.

In addition to using it as a single camera, multiple units can be combined to allow for multi-perspective shooting. Multiple-unit solutions, that stimulate creators’ imaginations, can be realized using wireless connectivity6 for a high degree of freedom, or wired connectivity7 for even greater reliability.

The RX0 features 1.0-type stacked 15.3 MP (approximate effective megapixels) Exmor RSTM CMOS image sensor, and a ZEISS® Tessar T* 24mm F4 fixed wide-angle lens, enabling high resolution images to be captured. It is waterproof in depths of up to 10 meters3,4, shockproof for heights up to 2.0 meters1,3, and can withstand a 200kgf/2000N load2, 3.

*3 It is not guaranteed that the product will not experience breakage or damage or remain waterproof in all situations.

*4 Compliant with JIS/IEC protection levels (based on Sony tests). Shooting in depths of up to 10 meters is possible for up to 60 minutes

*6 Maximum of five units can be connected together with “PlayMemories Mobile” application.

Further units can be connected and controlled when an access point is used. Firmware update is necessary to connect multiple units, which is scheduled in January, 2018. Depending on the specifications of an access point, smartphone or tablet to be used as well as the radio wave environment of the installation location, the number of devices that can be connected will vary.

The name is subject to change.

Sony also unveiled its latest Hi-Res wireless noise canceling stereo headphone models, succeeding the MDR-1000X, which was announced to great acclaim at IFA 2016. Three new types of headphone model will be launched: the headband style WH-1000XM2, the behind-the-neck style WI-1000X, and the truly wireless WF-1000X. Each of these three 1000X series models boast industry-leading8 noise-cancellation levels for BluetoothⓇ headphones. They also come equipped with the world’s first9 “Adaptive Sound Control”, which recognize the user’s actions and automatically switch the noise cancellation feature on or off, in accordance with the usage situation. Customers can choose one of three styles, all of which overcome the inconvenience of having to constantly remove the headphones in order to adjust the volume, instead allowing users to fully immerse themselves in the high-quality audio experience. Also on display will be Sony’s new h.ear headphones, which come in an array of new colors to match every lifestyle and fashion choice. The colors also match Sony’s latest XperiaTM and WalkmanⓇ products, allowing for any number of eye-catching color combinations.

Sony also announced the launch of its new 77-inch 4K OLED BRAVIAⓇ A1 series in Europe. It delivers a ground-breaking visual experience thanks to Sony’s unique 4K HDR processor X1TMExtreme as well as Acoustic SurfaceTM technology that vibrates the display, and enables sound to be output directly from the TV screen.

At the booth, Sony will be demonstrating the spread of the 4K HDR world by showcasing the X1 Extreme-equipped 4K LCD BRAVIA XE94/XE93 series, together with PlayStationⓇ4 Pro (PS4ⓇPro) and other 4K HDR products. Visitors will be able to experience the realistic and powerful images and sound of 4K HDR and the latest Dolby AtmosⓇaudio quality, through Sony’s UBP-X800 Ultra HD Blu-rayTM player and HT-ST5000 Soundbar.

Also on display will be the LF-S50G, Sony’s first wireless speaker with the Google Assistant built-in, set to make its way to markets in the United States, UK, Germany, France, and elsewhere, enabling users to enjoy high fidelity music and 360-degree sound from any corner of their room. The “Gesture Control” feature allows you to adjust the volume or skip to the next track without directly touching the speaker, and simply by waving hand nearby. With JIS-compliant IPX310 splash-proof capabilities that make it suitable for use even in the kitchen, the LF-S50G reflects Sony’s commitment to audio quality and ease of use. Additionally, BRAVIA models11 will also be updated with built-in Google Assistant functionality by the end of the year12. Simply by speaking to the Assistant on your LF-S50G or BRAVIA remote control, you can initiate audio or video playback, keep up with the latest news, and even control audio devices, lights, and other wi-fi connected IoT devices13 that work with the Google Assistant.

There will also be a smart home demonstration on the show floor centering on Sony’s lineup of high-quality, interconnected audio and video products. It will introduce different ways of using the LF-S50G, BRAVIA, and other Sony products alongside compatible devices from other companies. Several examples of potential user experiences will be on display, including multi-room music playback in the living room and kitchen, as well as recipe and restaurant information search and display via BRAVIA.

*10: IPX3 signifies that water falling as a spray at any angle up to 60 degrees from the vertical will not have any harmful effect.

Sony Mobile Communications announced three new smartphones: Xperia XZ1 and Xperia XZ1 Compact in its flagship range, and Xperia XA1 Plus in the super mid-range. All models will be available globally from Autumn 201714.

A new breakthrough feature is 3D Creator, Sony Mobile’s unique in-house solution for fast and easy scanning of 3D objects. There are many playful options to enjoy with 3D Creator, such as creating an avatar for use in the camera AR effects options, setting a live wallpaper, sharing on social media with your friends as a 3D sticker, or sending to a 3D printer to make it into a memorable keepsake.

Xperia XZ1 Compact packs the power of Xperia into a compact form with a 4.6” display and premium features including Motion Eye camera, Hi-Res Audio, innovative 3D Creator, and additionally features a new super wide-angle front camera which extends the field of view to 120 degrees.

Both Xperia XZ1 and Xperia XZ1 Compact are powered by the latest Qualcomm Snapdragon 835 Mobile Platforms for high-speed Internet connections15 and fast and efficient performance.

The new Xperia XA1 Plus features a premium 23MP rear camera, 5.5” Full HD display and impressive audio performance. Additionally you can be confident of all day battery thanks to its large 3430mAh capacity.

*14: Availability will differ by country or regions.

Also to be launched are the VPL-VW360ES, with an adjustable image quality function to suit various types of viewing content, and the high cost-performance model VPL-VW260ES, that enables users to enjoy immersive and authentic 4K HDR images.

Sony will be introducing several products and services that originated from its Seed Acceleration Program (SAP) such as the toioTM toy platform and Nimway smart office solutions, which is the first business to be introduced from SAP Europe18. Nimway uses Sony’s unique indoor positioning technology and allows users with pre-registered Bluetooth enabled smartphones to quickly see the location of their next meeting, simply by approaching a display located on the meeting room floor. Also, users can see the availability of meeting rooms and the location of their coworkers through the use of a smartphone app. Going forward, this service, which elevates operational efficiency and employee productivity, will be extended across Europe.

*18: SAP Europe is the European operation of the Seed Acceleration Program, which was established in April 2014 to fast-track promising new business ideas proposed by Sony employees into full-fledged businesses. SAP Europe began in April 2016 and is headquartered in Lund, Sweden. Two auditions have been conducted as of the end of August, 2017.

PlayStationⓇVR (PS VR), a virtual reality system that takes the PlayStationⓇ4 system to the next level of immersion, will be showcased at the Sony booth. Visitors will be able to enjoy a host of VR content, including Farpoint, in which players can use a weapon type controller called PS VR Aim Controller to battle through an extraterrestrial world, and find their way back home against an onslaught of hostile enemy lifeforms.

* All listed product names listed here are the trademarks or registered trademarks of Sony Corporation or of their respective owners.

*Google, Google Assistant, Android TV, and Chromecast built-in and other related marks and logos are trademarks of Google, Inc. 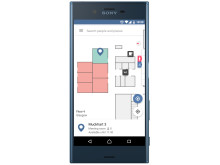 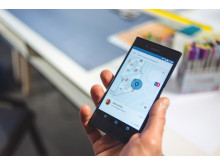 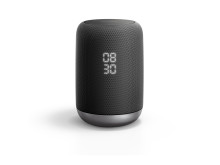 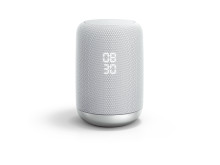 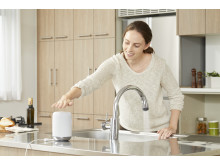 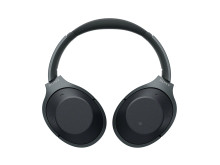 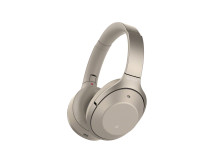