At the IFA consumer electronics show in Berlin, Germany, scheduled to begin from Friday, August 31 (local time), Sony Corporation is set to showcase an array of its latest products featuring cutting-edge technology.

At the Sony press conference held on Thursday, August 30 (local time) in advance of IFA’s official opening, Kenichiro Yoshida, President and CEO of Sony Corporation stressed that Sony will enhance both creator and user engagement as per its corporate direction to “getting closer to people.” He added, “Our electronics products play the vital role of connecting creators that produce stunning audio and visual contents with users who enjoy them.” He then stressed that “In addition to capturing ‘Reality’ through the pursuit of high-fidelity audio and high-definition video technologies, going forward, I believe it is equally important for Sony to also deliver ‘Real-time’ value. Real-time describes the concept of ‘this-moment-in-time’ or ‘live-ness.’” Following this, Ichiro Takagi, Senior Executive Vice President in charge of Home Entertainment & Sound Business stated that “Through the best images and sound possible, we want to fully convey the creator’s intent, and provide the ultimate audiovisual experience to users.” He then introduced Sony’s latest TV and audio products. Lastly, Mitsuya Kishida, President of Sony Mobile Communications Inc. took the stage to reveal the new Xperia™ smartphone. He also declared that “Sony Mobile is at the forefront of Sony’s 5G initiatives with mobile network technologiesbringing users and creators ever closer by delivering content exactly the way its creators envisioned.”

A video of the press conference can be streamed at the following URL:

Sony unveiled WH-1000XM3, the newest addition tothe 1000X series of wireless noise cancelling headphones. This new model boasts major improvements to its industry-leading Noise Cancellation technology*1 with the newly-developed HD Noise Cancelling Processor QN1 to deliver approximately four times greater performance. The newly-developed component can not only negate low-range noises from airplanes, but also further cancels mid to high-range noise such as street noise and human voices. The inclusion of a high quality internal headphone amp for the HD Noise Cancelling Processor QN1 realizes stunning high sound quality. Customers can comfortably immerse themselves in their music anytime, anywhere. Elsewhere in the wireless headphone category, Sony showed off the WF-SP900 truly wireless sports headphones. The water-proof*2 and dust-proof*3 WF-SP900 features an internal memory, letting customers play music from their smartphone with Bluetooth® connection or no device at all, even while swimming in the ocean.

Sony’s Signature Series represents the culmination of Sony’s most refined technologies in pursuit of sound excellence. Its array of audio products brings music to life just as the artist intended. In this category, Sony added the DMP-Z1 digital music player and the IER-Z1R in-ear stereo headphones. DMP-Z1 utilizes a high-output analog amplifier and a unique independent power system to deliver the ultimate sound. IER-Z1R boasts a frequency response of up to 100 kHz playback for an unprecedented level of immersiveness.

Sony will also introduce the IER-M9 and IER-M7 in-ear stage monitor headphones initially in the US and Asia*4 starting this autumn, which deliver the sound quality, sound isolation, and stable fit that artists seek during a live performance.

In the TV category, Sony announced the launch of the BRAVIA® MASTER Series in Europe from September, which seeks to fully convey the creators’ intent as originally envisioned. The AF9 series of 4K OLED TVs and the ZF9 series of 4K LCD TVs are equipped with the Picture Processor X1™ Ultimate that features approximately twice the real-time processing capabilities of the current high-end models. It brings out the very best of OLED and LCD display features.

The AF9 series comes equipped with the Pixel Contrast Booster, which faithfully reproduces pictures with deep blacks and high luminance. The unique and advanced audio technology, Acoustic Surface Audio+ realizes new immersion through the addition of an actuator to the center of the screen, as well as a TV Center Speaker Mode*5 that makes the sound audible right from the center of the screen.

At the venue, Sony will also conduct a demonstration using its suite of voice assistant-compatible AV devices, which can play music, provide news or other information, and control IoT devices such as room lights. 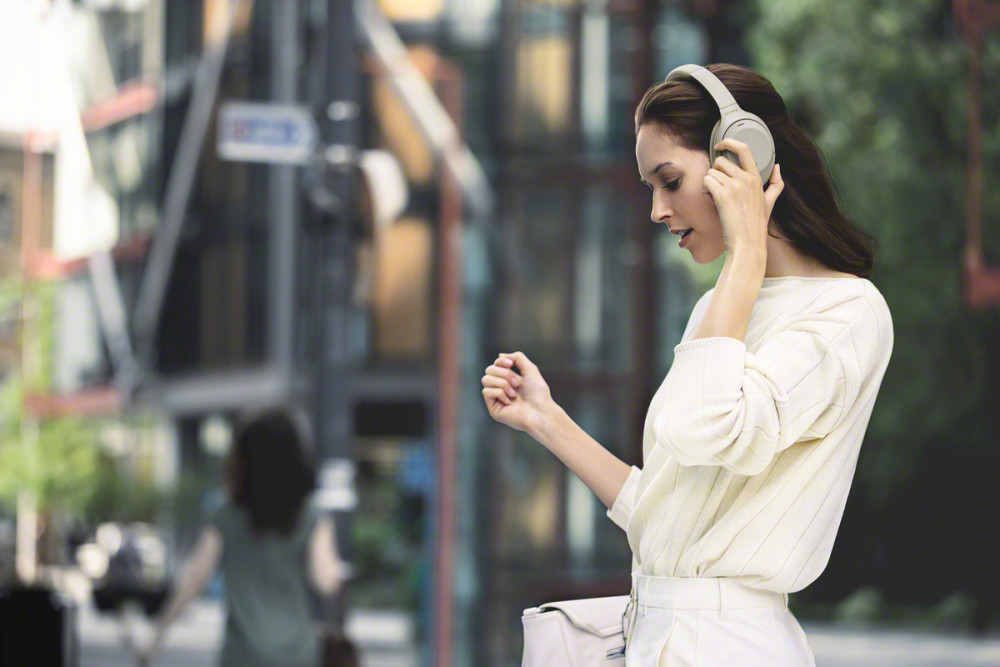 The demo will introduce WH-1000XM3 wireless noise cancelling headphones, BRAVIA*6 with a built-in microphone that enables hands-free voice search, the EXTRA BASS™ series SRS-XB501G smart speaker with the Google Assistant built-in, the HT-ZF9 sound bar with Amazon Alexa control compatibility*7, and more. Sony’s ever more convenient and diverse array of voice assistant-compatible devices will be shown off in a host of different indoor and outdoor scenarios.

*1: As of August 30th, 2018. According to research by Sony Corporation, measured using JEITA-compliant guidelines. In headband style of wireless noise cancelling headphones market.

*3: The headset, when Swimming Earbuds are attached, has been tested to block and continues to block dust after stirring for 8 hours in a testing device which contains dust particles (IP6X).

*7: Through a software update currently scheduled after autumn 2018.

Sony Mobile Communications unveiled Xperia XZ3, a new smartphone in its flagship range featuring a curved 3D glass design that seamlessly blends the OLED display. It will be rolled out to various countries and regions from late September 2018*8.

Xperia XZ3 comes with a HDR-compatible 6.0-inch OLED display, featuring a QHD+ (2880x1440) 18:9 aspect ratio. Users can enjoy absorbingly beautiful images enabled thanks to the award-winning BRAVIA OLED TV technologies. In addition, advanced X-Reality™ for mobile will “up-convert” SDR content to near HDR so even when users are streaming online videos, they can enjoy a high-quality playback experience – and when combined with the more powerful front stereo speakerand Dynamic Vibration System, this provides an unparalleled entertainment experience.

Xperia XZ3 features a new smart user interface (UI), Side sense using AI for convenient stress-free one-handed screen navigation on the large display. By simply double-tapping anywhere on either side of the display, it displays the app launcher, cleverly predicting the appsand quick settings users want to use next, based on their lifestyle including time of day, location, and usage frequency, and places them within easy reach. This lets users launch an app or snap a picture from a comfortable position, with no need to move their hand.

The main camera features Sony’s advanced Motion Eye™ camera system, with an effective 19.2 megapixels. Xperia XZ3 is also equipped with the new “Smart launch” with AI that instantly prepares camera when users hold their phone up in landscape mode for seamless photography. And the new camera UI has also been redesigned to be more intuitive. The front camera offers an effective 13.2 MP and a bright new F1.9 lens with a new portrait selfie mode for skin tone touch-ups and capturing background bokeh.

Xperia XZ3 will launch on the latest Android™ 9 Pie and comes equipped with the Qualcomm® Snapdragon™ 845 Mobile Platform, water and dust resistance, Qi wireless charging compatibility, and a host of other advanced features.

*8: Availability will vary by country or regions.

DSC-HX99 and DSC-HX95 are the two newest models in the Cyber-shot® series, which will ship in Europe from October. Each comes with the world’s smallest*9 ultra-compact body as well as a ZEISS® Vario-Sonnar T* 24-720mm*10 high magnification zoom lens. Offering everything from wide-angle to super-telephoto in a single package, these are the perfect portable companions for stress-free photography whether traveling or in everyday life. In addition to internal recording of high-resolution 4K video footage*11, the latest image processing system enables high speed continuous shooting at up to 10 frames per second*12 and highly accurate Fast Intelligent AF. Other new features include Eye AF technology, RAW format output, touch focus/touch shutter*13, as well as supporting the location information link*14 via Bluetooth®.

*9: Among fixed lens digital cameras with a built-in viewfinder and telephoto end 700mm or above (angle of view, 35mm format equivalent) lens. As of August 30, 2018 press release, based on Sony research.

*11: Class 10 or higher micro SDHC/SDXC memory card is required to record movies in the XAVC S™ format. UHS-I (U3) is also required for recording at 100Mbps.

*14: Can be connected via Bluetooth with smartphones featuring (as of August 30, 2018 press release):
Android smartphones (Android 5.0 or later and compatible with Bluetooth 4.0 or later), iPhone/iPad (iPhone 4S or later/iPad 3rd generation or later).

FES Watch U was born out of Sony’s Seed Acceleration Program (SAP), which creates startup projects and supports their business operations. It will be available for purchase in Germany, the UK, France, Italy, and Spain from mid-September. FES Watch U is a fashion watch that uses e-paper on the watch face and wrist strap. Users can switch between their favorite designs with only the push of a button. In order to showcase the new possibilities stemming from the combination of technology and fashion, Sony will also be displaying concept shoes (prototype), with an outsole and N logo whose design can be changed. These were developed using the 247v2 shoes from New Balance.

At the venue, autonomous entertainment robot aibo is displayed in Europe for the first time. Since its Japan launch in January 2018, aibo has reached over 20,000 units produced and shipped, and is set to launch in the United States this September. In the AI and Robotics domain, several projects are showing steady progress, and Sony will continue delivering new ideas that expand what is possible in the field of electronics by combining its imaging and audio technologies, sensors, and mechatronics with AI, robotics, mobile communications, and more. 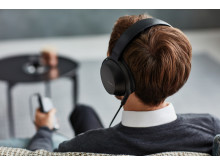 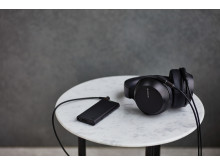 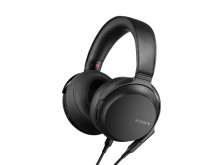 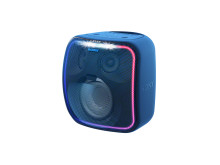 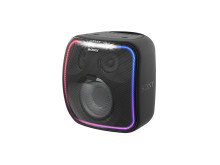 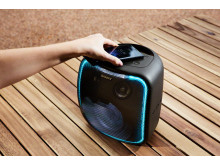 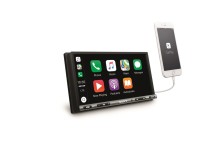 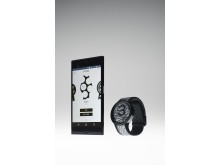 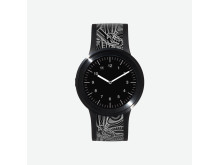 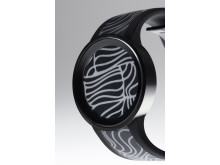 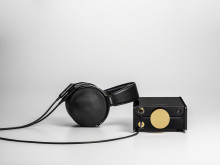 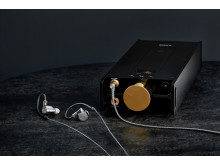