Berlin, 19 February 2008 - Sony today announced new initiatives in the area of long-term environmental commitment. Co-hosting the Climate Savers Summit with WWF in Tokyo on 15 February, Sony came together with eleven other leading international companies to sign the ‘Tokyo Declaration’, aimed at tackling global warming and enacting industry-wide change. This declaration sees the most far reaching initiative by leading global companies to date, calling for action on climate change. This initiative includes the promotion of a low-carbon lifestyle to consumers and our customers and aims to make a company’s carbon footprint more transparent by highlighting related reduction activities.

To enhance the transparency of its environmental activities, Sony Europe today announced the introduction of an integrated environmental communication programme, emphasising its commitment towards the creation of a sustainable society for the next generation. Transparent and consistent communication about environmental credentials to the consumer is at the core of this new initiative, which reflects the various levels of Sony’s long-term plan to reduce its environmental footprint. Simply entitled ‘Product, Process, Planet’, the three respective themes represent the measures that Sony has taken to reduce the environmental impact of its products, both in the manufacturing process and through consumer use. This communication initiative spans all related consumer touch-points, including a dedicated consumer eco website (www.sony.eu/eco) and the disclosure of the ‘Product, Process, Planet’ information on product-specific press releases. Going forward, the integrated communication platform shall also include customer information literature.

“Sony has a strong track record of environmental initiatives in Europe, which go beyond mere legal compliance. But this marks the first time we address consumers directly across various channels to enhance communication of meaningful environmental information,” said Serge Foucher, Executive Vice President of Sony Europe. “This should ultimately help the consumer to make the right decision when it comes to their own contribution to sustainability through their purchase,” he added.

While TV products globally account for 76% of Sony’s overall product CO2 emissions, Sony has drastically reduced the power consumption of its LCD TVs. In recognition of these efforts, Sony was awarded the Sustainable Energy Europe Award by the European Commission and the EISA Green TV Award last year. While its latest LCD models consume half the energy of CRT models, Sony has already crossed another threshold by introducing the world’s first OLED TV with its reduced environmental impact in terms of thinness, lightness and energy saving potential of the panel.

‘Process’ describes the measures that are taken to make processes more efficient and minimise environmental impact, e.g. usage of innovative and recycled materials. Sony is committed to increasing its use of renewable energy by 2010 and aims to quadruple its overall volume of renewable energy used worldwide. In Japan, Sony is by far the biggest single-company purchaser of renewable energy amounting to 33%. In Europe, Sony aims to save 30,000 tons of CO2 equivalent by 2010, three times higher than the 2006 levels. Since November 2007, the energy used at the Sony DADC manufacturing site in Anif, Austria as well as Sony’s Austrian sales company is derived 100% from renewable sources, representing an annual CO2 reduction of approximately 11,000 tons.

‘Planet’ describes the overarching environmental initiatives undertaken by Sony to reduce both its direct and indirect impact on the planet.

As a global company, Sony recognises its responsibility to actively contribute to achieving the critical objectives relating to climate change. This is highlighted by the partnership between Sony and the World Wide Fund for Nature (WWF)’s Climate Savers Programme. In joining the Climate Savers Programme in 2006, Sony committed to a 7% absolute reduction of greenhouse gas emissions by Sony sides world worldwide by 2010 compared to 2000 levels. Sony is continuously striving to achieve leadership in energy efficiency for its main product lines and reduce the CO2 emissions caused by its business operations. 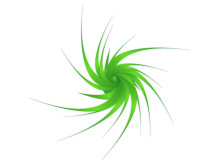