BRAVIA Internet Video allows instant online access to an unparalleled range of entertainment services such as YouTube™, catch-up TV platforms and movies. Now Sony opens it up to any room with the launch of the SMP-N100, a compact ‘Network Media Player’ unit also offering Wi-Fi connection to a home network, and DLNA compatibility to stream a wide range of audio and video content.

As well as BRAVIA Internet Video, the SMP-N100 is compatible with a wide range of file formats and has Sony’s IP Content Noise Reduction to improve streamed video. It can all be accessed through the simple XrossMedia Bar on-screen menus or via free apps for the iPhone/iPod Touch and Android-based devices.

Using the SMP-N100’s built-in BRAVIA Internet Video, a huge range of entertainment can be accessed with just a few clicks. You can catch up on TV shows you’ve missed with the likes of the BBC iPlayer™  and Demand Five™, watch a world of online video through services such as YouTube, or order a night’s entertainment from the latest movies on offer at Lovefilm.

The SMP-N100 also features “Video On Demand powered by Qriocity™” giving instant on-demand access to the latest Hollywood blockbusters and classic movies in a choice of HD or standard definition. With full 1080p video output on HDMI, and compatibility with the latest high-definition audio codecs, including dts 2.0+Digital Out and DOLBY DIGITAL PLUS, the sleek unit is ready to give you the full home cinema experience – anywhere in your home.

Integrated wireless LAN (Wi-Fi) allows you to connect to the the internet, or stream content from computers or storage devices on a home network, anywhere there’s a TV screen. Watch your favourite movies, or catch up with TV shows you’ve missed anywhere in the home; or use multiple SMP-N100 units to allow the whole family instant access to their favourite entertainment – wirelessly.

The SMP-N100 is DLNA-compliant, for instant ‘plug and play’ connection to all similar devices on the home network, and wide-ranging codec compatibility means it will not only play most movie formats, and support both FAT32 and NTFS file systems, but also play audio tracks and even display your photos. That puts all your entertainment at your fingertips, and you can also play content – including DivXHD, MKV and AVCHD – files locally via a front-panel USB socket.

The SMP-N100 gives simple, intuitive access to all your content using the Sony XrossMedia Bar on-screen menu system and a remote control handset, but its innovative control interface doesn’t end there. Using free apps available from the Apple App Store or the Android Market, it’s possible to control all your entertainment using an iPhone, iPod Touch or any device running Android.

Connectivity for TV – and beyond

As well as its high-definition HDMI output, the SMP-N100 can also connect to a wide range of home cinema equipment. Composite and component video outputs are provided, along with both optical and electrical digital audio outputs, and should you want to use a wired network, there’s an Ethernet port in addition to the built-in Wi-Fi.

The SMP-N100 is simple, clean-looking and unobtrusive, it’s Monolithic design matching the latest Sony BRAVIA TVs. Even the Wi-Fi antenna is hidden away inside, to keep things as neat as possible. 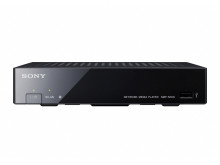 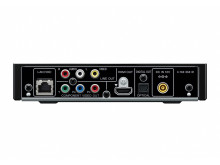 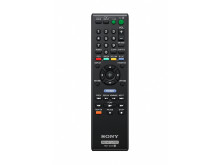 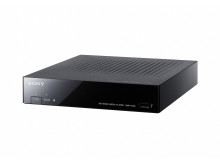