Sony’s strategy of using larger pixels on a full-frame Exmor CMOS sensor (12.2MP) pays dividends in a very high dynamic range (15.3 stops), excellent low-light capability (Fast Intelligent AF to -4EV and low noise) and extremely high sensitivity (extended ISO range 50-409,600). Their “direct pixel readout” utilises the entire width of the sensor without line skipping or pixel binning, which means that both HD and 4K video data is processed from each and every one of the sensor’s pixels. The unit allows users to shoot with uncompressed 4:2:2 full HD and uncompressed QFHD 4K video in 8-bit 4:2:2, with the latter put through to a third-party 4K recorder via HDMI. It comes equipped with SLog2 gamma, found in Sony’s professional video cameras, which offers the ability to include a picture profile for gamma, black, level and colour adjustments that can be saved for use in a multi-camera shoot. Full details of the a7S can be seen here.

Dubbed a “super compact” CSC, the Sony α5100 is about half the size of a conventional DSLR. The camera holds a 24MP APS-C CMOS sensor with the same gapless on-chip lens structure as the company’s α7R. The camera delivers a very fast 0.07 second AF acquisition time, with up to 6 frames per second continuous shooting with AF tracking, aided greatly by the 179-point phase detection AF sensor. There are numerous video options including full HD in cinematic 24p, 60p and 60i frame rates; selectable in-camera XAVC S with a 50Mb/second bit rate; Blu-Ray quality AVCHD; and MP4 codecs, all with HDMI connectivity. The camera also delivers an impressive ISO range of 100-25,600. It’s compatible with Sony α E-mount lenses, and α A-mount lenses with an optional adapter. Full details of the α5100 can be seen here.

Smartphone photographers often see little point in carrying both a phone and camera for taking pictures, but more and more come away wanting better image quality and more shooting flexibility. The Sony QX1 offers mirrorless camera capability in a compact, “bodyless” solution. The unit attaches to a smartphone with an easy adapter or it can also be used independently of the smartphone if desired with the smartphone used as the viewfinder via an NFC/WiFi connection. The QX1 has a large APS-C 20.1MP image sensor, a built-in flash, and a mount to attach any Sony α E lens. Third party lenses can also be attached via the appropriate mount adaptor. Once a picture is taken it can be stored on both camera and phone memory. The QX1’s low light performance is clearly superior to that delivered by smartphones, as are the resultant 30p HD videos. Full details of the ILCE-QX1 can be seen here.

Sony Corporation is a leading manufacturer of audio, video, game, communications, key device and information technology products for the consumer and professional markets. With its music, pictures, computer entertainment and online businesses, Sony is uniquely positioned to be the leading electronics and entertainment company in the world. Sony recorded consolidated annual sales of approximately $75 billion for the fiscal year ended March 31, 2014. Sony Global Web Site:http://www.sony.net/ 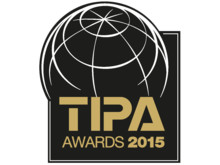