In a world where we are engaging with and enjoying an increasing amount of entertainment content in many different ways, it is fitting that iF recognised Sony for its "stunning design with a focus on the users interaction with content" for the new Sony Tablet S. The large screen, use of ergonomic design which creates a feeling of lightness and stability and the gentle diagonal positioning of the screen for a more natural angle for use when placed onto a flat surface, produces a beautiful looking tablet that enables users to fully focus on content.

To create images to share and enjoy on the Sony Tablet S, users can do so with not one but three Gold Award winning Sony digital cameras for all levels of ability. Chosen by iF for their blend of intuitive operation and straightforward design, the Cyber-shot DSC-TX55, “α” NEX-C3 and “α” NEX-7 take into account how users interact with the cameras whether they are beginners, budding amateur photographers or professionals.

"Sony is proud to have received six gold awards-one more than last year- at the highly esteemed International Forum Design Award. In such a competitive forum, where a total of only 60 awards are presented to companies from across all industries, this recognition is testament to Sony’s ongoing design efforts and expertise.

From Sony Tablet S, whose design was born from the pursuit for ultimate usability to “BRAVIA” TV NX720, which hones last year’s award winning monolithic design, and the NEX-7 and NEX-C3, which embody the evolution of last year’s award winning and iconic E-mount series, Sony is constantly striving to offer ease of use through beautiful design to people around the world.

We consider this honour a result of Sony’s unwillingness to compromise on design, that will inspire us to continue challenging new frontiers in generating value through design.” said Masayoshi Tsuchiya, Head of Sony Design, Sony Corporation.

"Sony Design looks to create a truly seamless integration between a product's form and function, we feel this is epitomised by our NX720 LCD TV which veils the high quality functionality with its black lustrous frame and stand-out aluminium stand. We're honoured that iF have recognised our endeavour across all product categories to focus on the pursuit of timeless design allowing our customers to create, share and view content with ease of use and beautiful design," said Tak Kawagoi, director, Sony Design Centre Europe.

“Sony Tablet” S is a rich media entertainment device that runs on Android with a 23.8cm (9.4") display. The large screen enables the enjoyable use of an abundant range of services, to browse the Web, and view content. The use of “eccentric centre of gravity” design, in which the centre of gravity is shifted to one side, sought to offer a feeling of lightness and stability when the unit is held in the hand, making it comfortable for long-term use. Positioning the screen on a gentle diagonal when the unit is sitting on a desk adds to operation comfort.

The NX720 offers a sharper picture and more realistic 3D thanks to X-Reality PRO and a world of online possibilities in Sony Internet TV The design, featuring 0.7mm hardened glass and a black lustrous frame, makes the image appear to float from a single black sheet. The aluminium stand with built-in speakers, now even more thin and compact, realises both an appearance of lightness and excellent sound quality. No compromises have been made in terms of performance, with the high quality functionality and technology veiled by its sleek appearance in an attempt to pursue timeless next-generation television design.

Without simply seeking a concentrated design to achieve the smallest and thinnest size possible, developers focused on a design that would appeal to the emotions, making the product a pleasure to use. Specifically, rounded curves contrast with the elaboration of the detailing of the keys and the surrounding area, which draws the line of sight, and the combination of hairlines and pearskin in the finishing of the aluminium grants the camera its own expression.

With the use of interchangeable lenses, the design took into consideration the features of a sophisticated camera enabling the user to take finer photographs and video images than previously possible. The design considers how users interact with the camera by incorporating a grip form that undulates in flowing surfaces to merge with the hand. This design creates a sense of advancement that distinguishes the camera from others in its class.

This next-generation, mirrorless interchangeable-lens camera has such a simple design, despite its many high-quality functions. The multiple functions of a User Interface enabling 3-axis control of effects are allocated to two dials on the top panel, unique but with a restrained style, and a wheel on the back panel. Users experience an unprecedented level of intuitive operation and sense of directness. The advanced UI keeps the display of functions on the camera body to a minimum, highlighting the flat and simple structure, successfully dispelling the equation “advanced functions = complex exterior characteristics” of standard cameras.

Sony combined elements of its twin assets, the high-resolution “α” series compact system camera and the pro video “NXCAM” series camcorders, to offer the ideal modular design camcorder. The NEX-FS100E is equipped with an “Exmor” Super 35 CMOS Sensor specifically designed for shooting motion pictures ideal for commercials and music videos, as well as action scenes in budget drama for example. 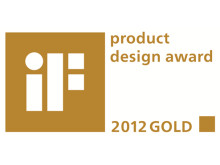