IFA Berlin, 28th August 2008 - Following unprecedented interest, Sony has announced that “Rolly” (SEP-30BT) will be available in selected European outlets this October. “Rolly” is Sony’s unique palm-sized music entertainment player which spins and dances to the rhythm of music.

The motion is achieved through six moving parts made up of wheels, arms and shoulders, that work in unison with two rings of light capable of emitting over 700 different colours. A digital amp and two 180-degree horizontally opposed stereo speakers with neodymium magnets allow listeners to enjoy superb audio quality from anywhere in the room from the compact unit.

“Sony has always captivated its customers by creating products that merge technologies and push the boundaries of innovation and we are encouraged to see the amount of interest evoked by “Rolly," said Andreas Ditter, President Audio Marketing Europe." “Rolly” is a fantastic example of this convergence, providing listeners with a truly unique audio-visual experience made possible through Sony’s motion and audio technology.”

With 2GB of built-in flash memory, “Rolly” is able to store approximately 520 four minute songs encoded in 128kbps MP3. It’s also compatible with DRM free AAC formats. With a single full charge “Rolly” will provide up to five hours of music playback, and last up to four hours when motion is combined. “Rolly” also contains Bluetooth technology which opens up a host of connectivity options, allowing users to stream music from Bluetooth devices such as home computers and mobile phones.

Unlike other music players on the market, with “Rolly” the controls are motion activated, meaning users can change track or the volume simply by turning its wheels or go into shuffle mode by shaking the unit gently.
To choreograph its dance moves, “Rolly” comes with its own software called Rolly Choreographer that analyses music and automatically creates routines. Users can also add their own creative twist by coming up with their own routines. Once these have been created, the software provides a visual preview of how “Rolly” will dance.

“Rolly” will ship in Europe with three pre-choreographed tracks: “The Pretender” by the Foo Fighters, “Girlfriend” by Avril Lavigne and “Acceptable In The 80’s” by Calvin Harris. In addition, two demo tracks are included that show how motion can be integrated into the listening experience.

“Rolly” will be available in both black and white colour options from selected stores across Europe from October 2008.

"Rolly" and the "Rolly" (logo) are trademarks of Sony Corporation.

Sony is engaged in a constant review of its manufacturing, operational and business practices to ensure that its products are developed in an environmentally responsible way. This approach can broadly be divided into three areas:

PRODUCT: Extended user documentation is provided electronically on the hard disk drive to reduce paper use.

PLANET: Sony is determined to lead the way as a responsible manufacturer. As a company we are focussing on three key areas of investment: 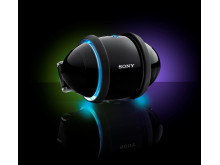 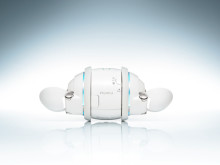 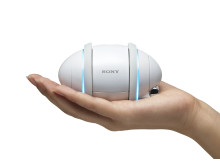 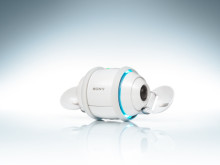