Sony announced today its plans to stage a world first event, called Twilight Football. As the hour of twilight moves across the world, a series of seven matches will begin. Each match takes place in a location chosen to provide a spectacularly beautiful background for a truly unique activity.

The campaign has been developed to highlight Sony’s digital imaging technology, including the recently unveiled Exmor CMOS sensor. This enables Cyber-shot and Handycam products to capture detailed realistic shots in lowlight settings. Sony’s Alpha range of high-quality yet affordable DSLRs are perfect for more ambitious amateur photographers to capture stunning images from the event, in all conditions.

How many memorable football matches have taken place as the sun sets? Twilight provides a stunning natural ambient light, the ultimate canvas for the one-off, unpredictable moments that a football match always provides. Whether it’s the UEFA Champions League final or a kickabout in the park, something special almost always happens. Sony is celebrating these incredible moments by giving real players and team mates the chance to create their own moments of history, which will be recorded on Sony’s innovative products and not lost into folklore like so many personal football memories.

All seven games will take place on 22nd September 2009, the Autumnal Equinox (northern hemisphere) and Vernal Equinox (southern hemisphere). The matches will be taking place at stunning, specially chosen locations in: Italy, France, the UK, Spain, Argentina and Australia, with the Twilight Football grand final happening at Soccer City, Johannesburg, the venue for the final of 2010 FIFA World CupTM.

Teams of any level from across the world will have the opportunity to take part in this once in a lifetime experience. There will be a number of local competitions run with multiple media partners for potential Twilight Football players to enter, ensuring that the event has a truly international flavour.

A specific Twilight Football team will be sourced using social media channels like Twitter and YouTubeTM, with players given the chance to display the skills they will be showing off in front of the world’s media. FIFA have also very generously agreed to supply the nine referees and refereeing assistants required for the matches. Finally, a specially selected pool of photographers and video makers are also attending each event to record these momentous games.

If your football playing days are behind you, Sony will be making sure that you feel as close to the action as possible, with a whole range of content and spectacular imagery being made available to bloggers, websites and social networks. These will include a live Twitter stream from the events, video diaries, blogs and image galleries from participating teams and attendees as well as interviews with the winners.

“Twilight Football is one of the most ambitious projects we have ever undertaken, with seven amazing games of football taking place in highly unusual locations around the world”, says James Kennedy, Brand Communications Director at Sony Europe. “We wanted to show the world what they have been missing when shooting images in the most picturesque light that nature has to offer. There is no better way to do this than by using the international language of football. This is an event to show real people the benefits of Exmor CMOS technology, giving them the opportunity to capture firsthand some of the most stunning locations in the modern world.” 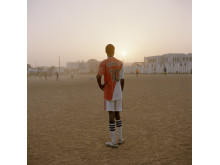 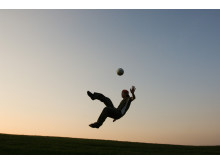 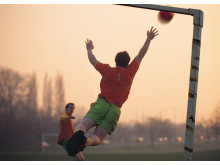