In a video campaign message, alongside the PRP animated frog, Sir Howard Stringer, Sony Chairman and CEO, today joined an array of business leaders and celebrities to show his support for The Prince’s Rainforest Project (PRP), founded by His Royal Highness The Prince of Wales.

The Prince’s Rainforest Project seeks to develop consensus as to how the rate of global deforestation might be slowed.

“Sony has chosen to support the Prince’s Rainforest Project because climate change is without a doubt one of the most pressing issues of our time” says Sir Howard Stringer. “Tropical deforestation and the logging and burning of trees is responsible for a fifth or more of global carbon emissions. That is why the fight against deforestation is a core component of Sony’s environmental initiatives”.

Sir Howard has pledged that ‘going green’ is one of the seven imperatives for the consumer electronics industry and Sony’s commitment in this area has already made a difference. For example, in Europe, Sony significantly reduced its C02 emissions by approximately 90% between 2000 – 2008. The support of the PRP is just one of Sony’s many environmental initiatives.

The Prince’s Rainforests Project (PRP) is raising awareness of the connection between rainforest destruction and climate change. The PRP believes that agreement on emergency action for rainforests is needed ahead of the climate change conference in Copenhagen in December. The project recognises the key role that the business, non-profit, and education communities will play in encouraging people to sign up to help put rainforests at the heart of the climate change agenda.

The Sony and PRP partnership began at this year’s Sony World Photography Awards with a PRP award category to document the glory of the rainforests and the devastating impacts of deforestation.

The winner, Daniel Beltrá, is currently photographing the South American, Central African and South-East Asian rainforests. Sony and the PRP are delivering a stunning interactive exhibition that will combine Daniel’s new photographs with Sony technology to allow people to experience the glory of the rainforests and understand their plight. The exhibition will start in Kew Gardens, London from October 3rd 2009. 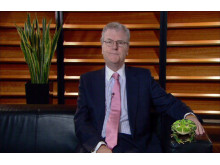