IFA, 28th August, 2008 - At this year’s IFA Sony Europe demonstrated its excellence in technology and innovation by presenting a number of environmental technologies and sustainable design concepts, that together give consumers a glimpse of what a future eco-lifestyle might look like.

Sony is engaged in research activities of dye-sensitized solar cells that use photosensitive dyes for converting light energy to electrical energy. Unlike conventional silicon-based solar cells, a dye-sesitized solar cell does not require a large vacuum process machine in in the manufacturing process. Furthermore, because it can be manufactured using a coating and printing process, the cells are expected to be produced at a low cost. In particular, the cell manufacturing process has less impact on the environment due to less material and energy used. It also achieves a good power generation performance level indoors, even under less sufficient lighting condition. Sony intends to continue its research encompassing aspects such as dyes, cell structure, processes and reliability.

As a result from its ongoing research on bio batteries, Sony presented a bio battery that generates electricity from glucose utilizing enzymes. The applied method simulates power generation principles found in living organisms. In August 2007, Sony used a prototype bio battery to playback music on a memory-type Walkman. As a substance produced by plants through photosynthesis, glucose is a regenerative energy source that exists in large quantities across the globe. Due to the high energy concentration of glucose, glucose-based bio batteries have the potential to become an eco-conscious energy device in the future. Although still in early stages of basic research, Sony intends to commercialise an eco battery, once an improvement of the battery’s power generation performance and reliability has been achieved.

The “odo” family comprises five design proposals, representing socially responsible product concepts that offer children new experiences, a sense of social consciousness and ecological values. It is also aimed at giving inspiration for the future through user-generated kinetic energy and playful product interaction. ‘Kinetic energy’ involves the user moving or rotating the device to generate electricity, thus creating a new form of enjoyment and energy-saving entertainment. The design mock-ups include a digital still camera, a photo and video viewer, stereo headphones and a solar battery. Furthermore, the “odo” design concept includes the use of environmentally conscious materials such as vegetable-based plastic.

Earlier this year, Sony introduced a European-wide environmental communications programme, “eco” designed to make the company’s carbon footprint more transparent to consumers and highlighting the progress made in this important area. ‘Product, Process, Planet’ are the three respective themes within the “eco” programme, which represent the measures that Sony has taken to reduce its overall environmental impact in these areas. At IFA this year, the consumer will be able to witness this initiative bear fruit, not only in the environmental product display area, but also in other areas where specific environmental information will be clearly visualized.

For more information on Sony’s CSR and environmental activities, please refer to the Sony CSR Report 2008. 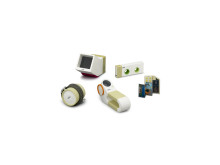 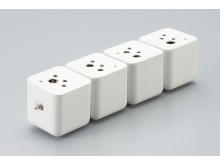 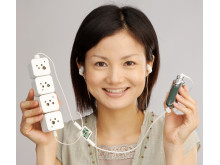 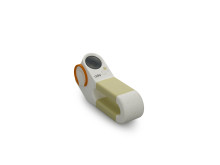 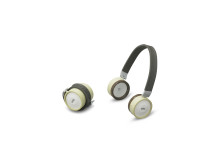 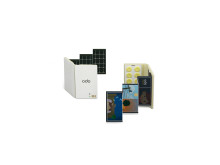 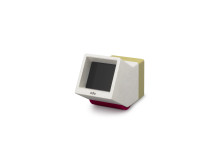 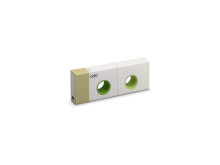