Today at the Consumer Electronics Show in Las Vegas, Sony Video & Sound Products Inc., operator of Sony’s video and audiobusiness, announced “360 Reality Audio” a new live music experience so immersive that it will make music fans feel like they are front row or side stage at a concert. To underscore the power of this technology and its unique offerings, Sony partnered with select Live Nation Clubs & Theaters to capture audio from an array of concerts including The Wombats, AJR, Good Charlotte, Chris Lane, Jorja Smith, Kodaline and more to be announced.

360 Reality Audio produces a three-dimensional sound field where the different sounds and musical elements can be projected from anywhere inside a 360-degree space, powered by Sony's object-based spatial audio technology. In the future, fans can access the audio content by using BLUETOOTH® headphones and selecting the 360 Audio logo featured on Deezer, nugs.net, Qobuz, and TIDAL where they can choose from a selection of the aforementioned artists to relive the magic of live.

“We are very proud of this collaboration between Live Nation, the world leader in live entertainment, and Sony, a company that is working with creators and artists to pursue the frontiers of music capability,” says Kichiro Kurozumi, Head of Branding and Product Planning Division of Sony Video & Sound Products Inc. “This will make it possible for us to provide lovers of live music with a new and highly-realistic music experience. Our 360 Reality Audio will create new music content that can deliver an excitement like being at Live Nation's concert halls. We are committed to working with Live Nation to create a new age that will transform the way music fans enjoy music.”

“Listening to our live concert through the new 3D technology is the closest I’ve ever come to actually being in the audience at a Kodaline show, it’s unlike anything I’ve ever experienced before,” Steve Garrigan, songwriter and singer Kodaline. 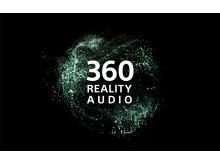