Sony Corporation (“Sony” or the “Company”) today announced a major reorganization and a new management team. The changes, effective April 1, 2009, will fundamentally reorganize the company’s electronics and game businesses to improve profitability and strengthen competitiveness in the midst of the continued global economic crisis. They will also accelerate the production of innovative networked products and services by strategically integrating these two business groups.

“Consumers want products that are networked, multi-functional and service-enhanced utilizing open technologies, and user experiences that are rich, shared and, increasingly, green,” said Mr. Stringer in announcing these changes. “This reorganization is designed to transform Sony into a more innovative, integrated and agile global company with its next generation of leadership firmly in place. The changes we’re announcing today will accelerate the transformation of the Company that began four years ago. They will now make it possible for all of Sony’s parts to work together to assume a position of worldwide leadership and, together, achieve great things.”

The Board of Directors has endorsed a reorganization of the Company naming Mr. Stringer as President of Sony Corporation in addition to his current responsibilities of Chairman and CEO. Working with his newly appointed electronics leadership team, he will directly oversee the electronics business to enable faster implementation of his strategic direction.

At the heart of the reorganization is the formation of two new business groups:

▪ The Networked Products & Services Group will include Sony Computer Entertainment (“SCE”); personal computers (VAIO); new mobile products, including the current WALKMAN lines; and Sony Media Software and Services, which develops a common service platform across Sony products. The mandate of the group is to maximize the potential and pace of Sony’s innovation and to enhance profitability in networked products and services. The group also plans to incubate new products leveraging Sony’s best technologies. Integral to this process is the utilization and expansion of the PlayStation Network service platform, which currently has 20 million registered accounts globally.

▪ The New Consumer Products Group (“the New CPG”) will include the current Television, Digital Imaging, Home Audio and Video businesses. The New CPG will focus on profitability and sustained growth by enhancing product innovation and competitiveness and improving the speed and efficiency of operations. The New CPG will also concentrate resources on further development and growth in emerging markets.

In addition, two cross-company units will be created with the aim of ensuring that Sony’s networked products and services can communicate seamlessly with a common user interface and will reach consumers in a fast, cost-effective and efficient manner:

▪ The Common Software and Technology team, to be led by Senior Vice President Keiichiro Shimada, will develop and implement integrated technology and software solutions across the products groups, and provide coordinated software development services to the product groups. This group’s goal will be to assure maximum efficiency, common user experiences and consistent technologies. Mr. Shimada will also oversee R&D and technology strategy.

▪ The Manufacturing/Logistics/Procurement team, to be headed by Yutaka Nakagawa, Executive Deputy President, will be charged with ensuring the most efficient supply chain solutions throughout these two new business groups. The group will leverage scale in procurement, eliminate duplication and redundancy, outsource manufacturing and design processes as appropriate, and help improve the Company’s green product profile.

As of April 1, Dr. Ryoji Chubachi will become Vice Chairman of the Company. He will remain a member of the Board and a Representative Corporate Executive Officer and will assist the CEO and also oversee product safety and quality, and Sony’s environmental policies.

Katsumi Ihara is expected to become an executive director of Sony Financial Holdings Inc. (“SFH”) subject to the determination at the annual SFH Shareholders Meeting to be held in June 2009, and will no longer be a member of the Board or a Corporate Executive Officer of Sony Corporation as of April 1, 2009. Between April 1 and his appointment in June 2009, he will remain with Sony Corporation as Corporate Executive, Executive Deputy President.

Since the start of the current management structure in June 2005, Sony has implemented a number of structural reforms, improved product competitiveness and enhanced cross-company collaboration under the Sony United initiative. As a result, the Company achieved new fiscal year records in sales and net income in the fiscal year 2007.

“I look forward to supporting the new management team as they transition into new areas of responsibility and to continuing to add value in my new role,” said Dr. Chubachi. “I am pleased that, building on the structure we’ve created over the years, the company is poised for an even greater future.”

Additional details of these organizational and personnel changes will be announced at a later date. 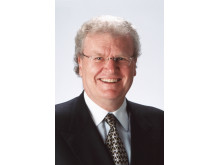