With a new firmware update, Google Home users can now use voice control with the Google Assistant to stream music and video to several Sony audio and video models with Chromecast built-in devices. With Chromecast built-in you can talk to the Google Assistant to stream music from your favourite streaming service, pause it, turn the volume up or down and skip to the next track just using your voice, starting with ‘OK Google.’ Multi-room group features also allows you to group Google Home and Sony speakers using your voice or mobile phone via the Google Home app. With the app you can also control simultaneous playback of music in different rooms around the house.

“Now you can get the best sound quality and control it with your voice when you have Sony Audio products working together with the Google Assistant on Google Home. This functionality is available today for the Chromecast built-in Sony Wireless speakers and other home audio devices that consumers already have at home, or plan to purchase,” said Richard Palk, Head of Video & Sound Product Marketing and Product Planning in Sony Europe. “This additional functionality is another example of Sony’s commitment to customer choice by delivering new and innovative technologies.”

With the Google Assistant on Google Home, you can play music on connected Sony devices from popular music services by artist, song, genre, album, playlist, mood or activity. For example, a Google Home user can say ‘OK Google, play some workout music on my Sony speaker’ or request to stream their favourite playlist from its music service. Control the speaker by saying ‘OK Google, turn it up/down, play, stop, skip’ etc. or ask for the name of the song by saying ‘OK Google, what is playing?’ and the Google Assistant on Google Home will take action with an answer.

This feature allows for a rich listening experience across multiple rooms, by grouping any combination of Chromecast built-in Sony Wireless Speakers, Sound Bars or Hi-Fi Systems, Google Home or Chromecast Audio together for synchronized music throughout the home. Users can create a group in the Google Home app called ‘all speakers’ and say ‘Ok Google, play party playlist on all speakers.’ Or if you would rather listen to a different track to other members of your family you can tailor it to your needs and play one song from one speaker in one room, and a different choice of sounds from another.

Service start dates and service conditions may vary by country.

Disclaimer regarding third-party services: Sony bears no responsibility in the event that services offered by third parties are changed, disrupted, suspended or terminated. 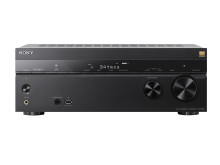 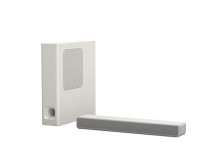 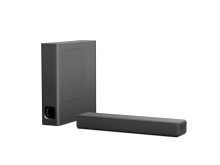