Foo Fighters celebrate the 20th anniversary of the band's acclaimed 1995 debut album this year. Having built itself into one of the premiere stadium and arena headlining attractions worldwide, the legendary band-Dave Grohl, Taylor Hawkins, Nate Mendel, Chris Shiflett and Pat Smear-has sold over 20 million albums to date and won countless awards, including no less than 11 Grammys.

Foo Fighters has always been uncompromising in regards to audio quality and is renowned for proactively demonstrating the highest standards in audio technology live on the road, at the band's own 606 Studios (featuring the immortal Neve console featured in Grohl's Sound City documentary), or in the various legendary studios in which the band's current album Sonic Highways was recorded. Meanwhile, since 2013 Sony has been expanding its lineup of Hi-Res compatible products loaded with unique audio technologies, and establishing collaborations across the music industry in order to spread the growth of Hi-Res Audio - a format which faithfully reproduces the original recording, and enables users to enjoy music the way the artists truly intended. Among its collaborators, Sony considers Foo Fighters a particularly important partner with great potential for conveying the incredible allure and value of Hi-Res to audiences worldwide.

“Preserving the human element in the recording of music has been a huge part of Foo Fighters’ mission and our commitment to High Resolution Audio is a major part of this. We’ve always wanted the flesh and blood and emotion of our songs to get through to every listener and Hi-Res Audio is the best way for our fans to hear the music as we want them to hear it: in its purest quality and truest form.”

Sony will be engaging in various marketing initiatives aimed at further promoting Foo Fighters and Hi-Res Audio, leveraging the power of Hi-Res Foo Fighters songs worldwide, including in Japan, the US, Europe, Latin America, and Asia. 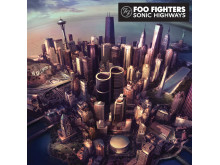 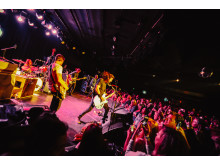 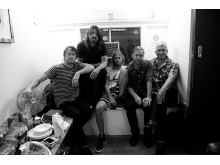 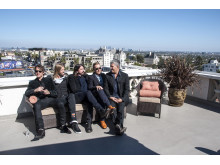 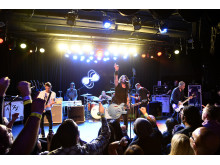 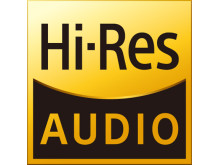 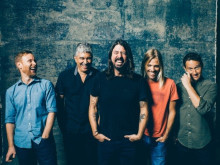