Sony AI, established with the mission to unleash human imagination and creativity with AI, today announced that esteemed chef Hajime Yoneda, owner-chef of HAJIME, a Michelin three-star restaurant in Osaka, Japan, has joined Sony AI as an advisor to its Gastronomy Flagship Project. 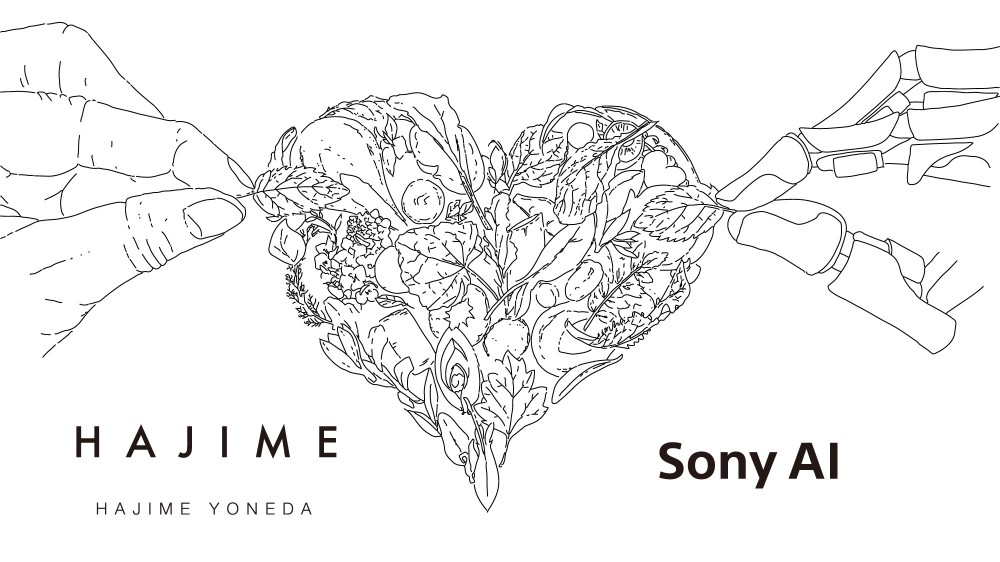 The illustration by Mr.Yoneda: It symbolizes the co-creation of a heart shaped "Earth" full of love, by a human and robotic hand.

“Sony AI is thrilled and honored to partner with Chef Yoneda, who is one of the most visionary and progressive chefs in the world. We are excited to embark on a journey to completely reimagine the future of restaurants through the lens of AI and Robotics, from sourcing to cooking to servicing, sustainability and more. Given his record of winning the fastest three-star Michelin rating in history, we look forward to challenging any norms and to creating a bold vision of the future together,” said Dr. Hiroaki Kitano, CEO of Sony AI. “In addition, Sony AI learned about the Gastronomy community’s strong interest and commitment to addressing global agendas through our Chef Interview Series, and we are eager to create a future vision of the restaurants that not only serves delicious meals, but one that also utilizes AI and Robotics to contribute to the health of people and the planet.”

“Life on Earth has evolved together with changes in the environment and the food we consume. This means, breaking new grounds at the forefront of gastronomy, one bears the responsibility for the evolution of life itself. And when the change spans across both the analog and digital realms, it represents a major turning point. The use of AI and Robotics presents great possibilities from addressing various global food-related issues to new methods of creativity, going beyond mere imitation of cooking. I am truly excited to open each of these new doors with Sony AI. At the foundation of cooking is ‘hope’. I would like to make this a project that brings much hope and excitement to the world,” said Chef Hajime Yoneda.

In December 2020, Sony AI announced the launch of its Gastronomy Flagship Project with the aim of enhancing the creativity and techniques of chefs around the world. The Gastronomy Flagship Project consists of the research and development of an AI application for new recipe creation, a robotics solution that can assist chefs in their cooking process, and a community co-creation initiative that will serve as a foundation to these activities.

Today’s partnership with Chef Yoneda is a pioneering effort of such co-creation activity. Sony AI will work with Chef Yoneda to gain further insights into the business and operations of a Michelin class restaurant and hopes to further give back to the Gastronomy community through this activity.

Sony AI Inc. was founded on April 1, 2020, with the mission to "unleash human imagination and creativity with AI." Sony AI combines Sony Group's imaging and sensing technology, robotics technology, and entertainment assets such as movies, music, and games to transform with cutting edge artificial intelligence R&D to accelerate all of Sony's business areas and create new business opportunities. To achieve this, Sony AI has launched three flagship projects aimed at the evolution and application of AI technology in the areas of Gaming, Imaging & Sensing, and Gastronomy. Sony AI will promote various exploratory research related to these flagship projects and other important themes, including AI ethics, in the physical and virtual worlds. For more information visit https://ai.sony

Interested in mathematics from a young age, Yoneda attended KINDAI UNIVERSITY’s department of science and engineering, where he studied electrical engineering. In 1996 he began working as an engineer in the electronics industry, until 1998 when he pivoted his career to embrace the creativity and art of gastronomy. Following culinary school, Yoneda worked in restaurants in France and Japan before opening his first restaurant in 2008, which earned a three-star Michelin rating within only 17 months, the fastest in Michelin history. Yoneda’s cuisine has continued to earn awards and accolades, including The Best Chef Awards Asia No.1; 100 Chefs Au Monde, given to the world’s top 100 chefs; Asia’s 50 Best Restaurants Award; OAD Top100 Asian Restaurants Award; and Best Chef of The Year by Gault&Millau, among others.

Sony Corporation is responsible for the Electronics Products & Solutions (EP&S) business in the Sony Group. With the vision of "continuing to deliver Kando and Anshin to people and society across the world through the pursuit of technology and new challenges," Sony will create products and services in areas such as home entertainment & sound, imaging, and mobile communications. For more information, visit: http://www.sony.net/ 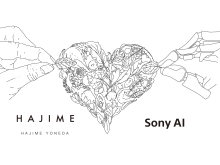