The popular music festival Benicàssim, which took place this weekend, showed revellers a splashing time as it became host to the world’s first ever shower rave.

Festival goers got the chance to clean up their act after a day in the sun without missing a minute of music as they danced to EDM tunes from 30 speakers, whilst being sprayed with ten litres of foam and bubbles from cannons hung from the ceiling.

The party, which took place in the festival’s open-air showers, was powered by music from Sony’s water-proof[1] XB32 speakers and provided a refreshing refuge from the blazing sun, which the festival is famed for. With a lack of cleanliness often being a key concern for festival goers around the world, and the heat reaching heights of 32 degreesover the weekend, Benicàssim attendees were certainly in need of a cool down.

The unique shower set-up allowed the speakers to be ‘party-chained’ together to offer a unique music experience and get eager party animals, who had been camping in the heat, freshened up for the night-time entertainment.

The shower rave, which was enhanced by the XB32’s LIVE SOUND mode and lighting effects, blasted tunes from some of Benicàssim’s most hotly anticipated acts including Fatboy Slim, Totally Enormous Extinct Dinosaurs, Project Pablo and Or:La.

Richard Palk, Sony Europe’s Product Marketing Manager highlights, ‘Sony’s EXTRA BASSTM speakers are known for taking the party anywhere with their portability and powerful sound, we looked at the festival experience and wondered what else we could enhance with music. It helps that the speakers are splash-proof too.’

Zak Lewis who attended the rave said: ‘My friends and I were heading over to freshen up after being out all day and we walked into a full-on party happening right there in the showers, so of course we got involved. The music sounded awesome; it was the most exhilarating shower I’ve ever had.’

Melvin Benn, General manager at FIB Benicàssim said: ‘At Benicàssim, we’re always looking at new ways to celebrate dance music, so when Sony suggested working together to create a rave in our showers using the XB32 speakers, we were instantly keen to get involved.

‘As our festival takes place in Spain in the height of summer, showering is important to our festival goers. Creating a rave in the showers was the perfect way to keep the party going after a long day in the hot sun – and it was great to see everyone getting involved and having such a good time. We look forward to finding new innovative ways to bring music to people in the future.’ 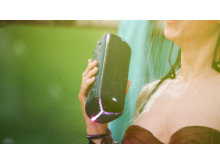 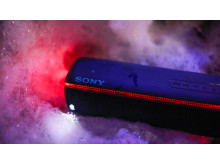 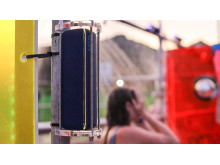 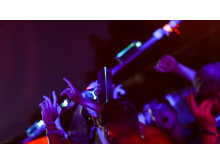 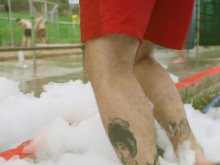