Images from across entire shortlist available for publication at worldphoto.org/press

EMABRGOED UNTIL 00.01 GMT ON TUESDAY 28 February 2017: The judges of the 2017 Sony World Photography Awards today honour the work of 18 British photographers by shortlisting their work as top ten in the world in the awards’ Professional, Open and Student Focus competitions.

Of the 49 nationalities included on the shortlist, the UK has the second largest number of photographers presented.

Over 227,000 images from 183 countries were submitted to the 10th edition of the Sony World Photography Awards and judges were looking to reward images representing the finest contemporary photography today.

The work of the shortlisted and commended photographers will also be shown alongside the awards’ other shortlisted and winning images at the Sony World Photography Awards & Martin Parr – 2017 Exhibition in London from April 21-May 7. The exhibition will include rarely seen work by Martin Parr, recipient of the 2017 awards’ Outstanding Contribution to Photography prize.

Recognising a huge diversity of work, the judges shortlisted the following British photographers:

In the Professional competition, Will Burrard-Lucas offers an insight into the nocturnal lives of African wildlife and Michael Tummings gives a close examination of the practice of hunting, while Grant Hegedus offers witty photographic food puns in the Still Life category. Specimens in London’s Natural History Museum provide perfect colour for Felicity McCabe’s work and flora is the subject of the series’ from Esther Whyatt and Paul Sanders. Kurt Tong looks at Chinese people outside of China struggling with their Chinese identity and Craig Easton has captured the dreams, aspirations and fears of sixteen-year-olds from all walks of like in the UK in a beautiful portrait series.

The shortlisted images across the Open competition are drawn from a range of inspirations. The natural world at feeding time attracted both Nigel Hodson, for a stunning shot of a puffin on Skomer Island, Wales, and Jimmy Reid, for a motion shot of his fish. In the Architecture category Robert Walker showcases the View from Switch House at Tate Modern, London while photographers Tim Cornbill and Barry Tweed-Rycroft use Berlin and Phoenix Arizona for their inspiration. Harry Botley, Enhanced category, seeks to re-contextualize traditional landscape with his image “Verdigris II” and in the Portraits category both Carl Jeffers and Tim Topple offer beautiful examples of this photographic genre.

Stewart Main, Edinburgh Napier University (from Glasgow, based in Edinburgh)

Students around the world were asked to respond to a theme of “Memories” with a single image. Ruby Haunt, aged 22 from Leeds and currently at Nottingham Trent University, was shortlisted for her image “The Valley”. Taken in the yard outside of her flat, with her friend as the model, the photograph was created as part of an ongoing project exploring memories of childhood.

Stewart Main’s shortlisted image "Fort Badass", reflects upon childhood memories of owning a very private space. Born in 1981, Main is currently in his 3rd year of his BA (Hons) Photography at Edinburgh Napier University, and his work focuses on portraiture and creative still life.

All shortlisted photographers have been ranked in the top ten of their categories. The photographers will now compete to win their categories and the prestigious Sony World Photography Awards’ Photographer of the Year title. The Open category winners will be announced March 28, and the Professional category winners and overall Student Focus winner revealed at an awards ceremony in London on April 20. Prizes include the latest Sony digital imagery equipment, a trip to the awards ceremony in London and $30,000 US dollars in cash prizes, plus €30,000 for the university of the winning student.

The judges of the Sony World Photography Awards also commended 24 British photographers with 30 images in the awards’ Open competition. The photographers placed top 50 in the world for their images and their categories are:

Each year the awards recognize and reward the very best contemporary photography captured over the last year entered into any of the awards’ four competitions - Professional, Open, Youth and Student Focus. With 49 nationalities represented, the 2017 shortlists reinforce the awards’ international appeal and unique ability to present the greatest images taken by photographers from all corners of the world on a truly global scale.

Each of the four competitions are judged anonymously by internationally acclaimed industry professionals, carefully selected by the World Photography Organisation. For full list of 2017 judges, please click here.

Shortlisted and commended images from across all competitions are available for publication at www.worldphoto.org/press

227,596 images were entered into the 2017 Sony World Photography Awards across all competitions 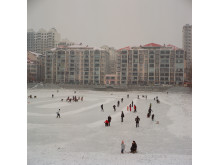 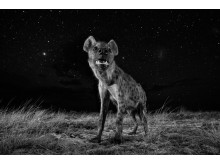 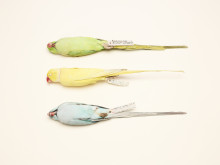 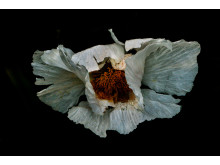 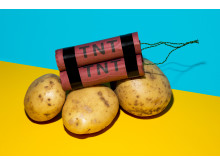