To coincide with the awards, a specially curated exhibition of rarely seen black and white images from Martin Parr’s early career will be presented at Somerset House, London alongside some of his most talked about work, books and films. As part of the 2017 Sony World Photography Awards exhibition, Parr’s work will be on show for a limited run from April 21 - May 7, 2017. In addition, the photographer will give a public talk at the London School of Economics and Political Sciences (LSE) on Friday 21 April. Tickets are on sale now at https://www.worldphoto.org/2017exhibition

In a career spanning more than 40 years and often focussing on themes of leisure, consumption and communication, Martin Parr’s unique and ambiguous vision of the world has led audiences worldwide to find drama in the every day. By recording in minute detail the world as he sees it in, Parr’s frank reflection of national characteristics and international phenomena has pioneered a new tone in documentary photography.

It is this dedication to the medium and pushing of boundaries that made Parr’s selection for the award easy for the World Photography Organisation, despite the photographer’s recent assertion that “If I knew how to take a great photo, I would stop.”

Scott Gray, CEO, World Photography Organisation comments:
"Martin Parr's work has transcended all the usual boundaries of photography and shown that the medium is a hugely powerful means of communication. As an artist Parr has created a unique visual language that is deeply serious, but its inherent humour has ensured that his work has an almost global understanding.

“Great integrity and commitment to the medium of photography is the common thread that links each of our previous Outstanding Contribution to Photography Award recipients. These are qualities that Martin Parr has consistently displayed throughout his career and why we are proud to present him this title in the 10th anniversary of the Sony World Photography Awards."

Upon being told of the award, Martin Parr commented: “It is a great honour to receive the Outstanding Contribution to Photography title, especially knowing the illustrious previous recipients such as William Klein and William Eggleston. It is also very re-assuring to see the World Photography Organisation and Sony’s continuing support for all aspects of contemporary photography, through this exhibition and this season of awards.”

Born in 1952 in Epsom, Surrey, Martin Parr was inspired to take up photography as a teenager by his grandfather. Black and white photography characterised his early work, and his move to the strong use of colour photography in the 1980’s, for which he has become synonymous, was prompted by photographers such as Stephan Shore, William Eggleston, Peter Fraser and Joel Meyerowitz.

Forcing the viewer to look again at the familiar, Martin Parr has often faced accusations of mocking those he has photographed. The Last Resort (1985) is widely acknowledged as his breakthrough show and the photographer since become an inspiration for a generation of young photographers. He is a prolific collector of photography books and has written a large number himself.

Curated by Zelda Cheatle, three rooms at the prestigious Somerset House, London, will be dedicated to the photographs, books and films of Martin Parr as part of the 2017 Sony World Photography Awards Exhibition.

The rooms will begin with a selection of rarely seen images from Parr’s Abandoned Morris Minors series, shot in the West Coast of Ireland between 1980 and 1983. Original posters for the first exhibition of this work will also be on show. In will be contrasted with some of Parr’s best loved images that each focus on global tourism.

Talking about the selection of the work, curator Zelda Cheatle comments: “Most people recognise the Martin Parr 'style' of daylight flash, his ability particularly to capture the English at work, at rest and at play - the humdrum and everyday - and transfigure this into a mixture of wry observation and social irony.

As I have known Martin Parr's work from early days, I was keen to show his (mostly unknown) gentle black and white pictures from the West Coast of Ireland. These photographs of abandoned Morris Minors show a real affection for the landscape of Ireland. There is no mockery here - definitely some characteristic humour and (dare I say this about Martin) - some poetry too.

Martin's tackling the giant industry of tourism seemed a perfect complement to this early work. Tourism is a necessary evil - and maintains many countries’ economies - but it also threatens to devour itself Orobourus -style. These two sides of Parr, which I rate highly, are not often shown together - these aspects of his work - these aspects of his work may not be so well known, but should be acknowledged more.”

The Sony World Photography Awards is the world’s largest photography competition. The shortlist for the 2017 awards will be announced February 28.

More images are available on request

For more information please contact the Sony team on sonydi@hopeandglorypr.com / 0203 588 9730

The World Photography Organisation is a global platform for photography initiatives. Working across up to 180 countries, our aim is to raise the level of conversation around photography by celebrating the best imagery and photographers on the planet.

We pride ourselves on building lasting relationships with both individual photographers and our industry-leading partners around the world.

We host a year-round portfolio of events including: the Sony World Photography Awards (the world's largest photography competition, marking its 10th anniversary in 2017), various local meetups/talks throughout the year, and PHOTOFAIRS, International Art Fairs Dedicated to Photography, with destinations in Shanghai and San Francisco. 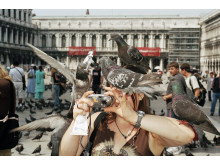 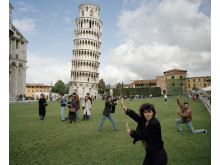