London, United Kingdom – With an illustrious career that has spanned over three decades, Danny Kleinman is recognised as one of advertising’s most established directors, as well as being the man behind many of the legendary Bond title sequences. Danny recently directed Sony’s ‘Made for Bond’ 60-second action packed campaign film, which is appearing now on TV screens across the nation and stars Naomie Harris as Moneypenny.

By no means a small production, the recent advert saw a crew of 100 embark upon the South Bank to film the advert. The filming took 30 hours to capture, and took 700 hours, the equivalent of 70 days, of post-production. The advert was created by ad agency adam&eveDDB with production company Rattling Stick.

Kleinman adds, “Sony’s ‘Made for Bond’ advert was quite a production. It was fantastic to work with Naomie Harris, who is the ultimate professional. Filming along the Thames did come with its challenges - like rush hour of morning commuters - but it was the perfect set for the campaign film.”

Since 1995’s GoldenEye, Danny has taken over the mantel and produced six of the last seven iconic Bond title sequences. Renowned for putting greater emphasis upon the modern technologies used in post-production, Danny has also produced the title sequence for the much anticipated film SPECTRE.

SPECTRE, from Albert R. Broccoli’s EON Productions, Metro-Goldwyn-Mayer Studios, and Sony Pictures Entertainment, will be released in the UK on October 26 and in the US on November 6.

Sony. Made for Bond.

A cryptic message from the past sends James Bond (Daniel Craig) on a rogue mission to Mexico City and eventually Rome, where he meets Lucia Sciarra (Monica Bellucci), the beautiful and forbidden widow of an infamous criminal. Bond infiltrates a secret meeting and uncovers the existence of the sinister organisation known as SPECTRE.

Meanwhile back in London, Max Denbigh (Andrew Scott), the new head of the Centre for National Security, questions Bond’s actions and challenges the relevance of MI6, led by M (Ralph Fiennes). Bond covertly enlists Moneypenny (Naomie Harris) and Q (Ben Whishaw) to help him seek out Madeleine Swann (Léa Seydoux), the daughter of his old nemesis Mr White (Jesper Christensen), who may hold the clue to untangling the web of SPECTRE. As the daughter of an assassin, she understands Bond in a way most others cannot.

As Bond ventures towards the heart of SPECTRE, he learns of a chilling connection between himself and the enemy he seeks, played by Christoph Waltz.

Sam Mendes returns to direct SPECTRE, with Daniel Craig reprising his role as 007 for the fourth time. SPECTRE is produced by Michael G. Wilson and Barbara Broccoli, from a script by John Logan and Neal Purvis & Robert Wade and Jez Butterworth.

EON Productions Limited and Danjaq LLC are wholly owned and controlled by the Broccoli/Wilson family. Danjaq is the US based company that co-owns, with Metro-Goldwyn-Mayer Studios, the copyright in the existing James Bond films and controls the right to produce future James Bond films as well as all worldwide merchandising. EON Productions, an affiliate of Danjaq, is the UK based production company which makes the James Bond films. The 007 franchise is the longest running in film history with twenty-three films produced since 1962. Michael G Wilson and Barbara Broccoli succeeded Albert R ‘Cubby’ Broccoli and have produced some of the most successful Bond films ever including CASINO ROYALE, QUANTUM OF SOLACE and SKYFALL. The 24th film, SPECTRE, is currently in post-production. 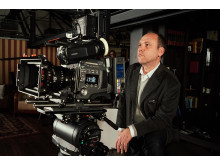 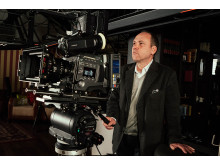