Flamenco improves flavour of Paella, Kraftwerk improves your Wurst and a spot of Puccini can make pasta taste more authentic

Everyone knows salt and pepper are at the core of any kitchen but did you know that seasoning goes much further than this, you can even season your food with the simple sound of music. Following research by Professor Charles Spence, a pioneering experimental psychologist of Oxford University has suggested that dishes should be “sonically seasoned” by the music of their country of origin. Spence recommends that a dash of opera, a sprinkle of flamenco or even smothering your Wurst with German techno can improve the perception of its flavour.

The Professor tested the idea of “sonically seasoning” food with native music - while eating a French dish, it is reported that it tasted better with an accompaniment of French accordion while Puccini improved the flavour of a pasta dish. The results were able to be replicated for German, Spanish and Greek food.

As Charles highlights, “With new technology such as Sony’s Multi-Room Audio, the stage is set for the delivery of a truly multi-sensory dining experience where, no matter which room you find yourself in, the music can be matched to help bring out the best in whatever you are tasting. By allowing for the possibility of different music being played in different rooms or the same music across a space of rooms, the Sony Multi-room technology opens up the possibility for people to take their food and drink from room to room and to experience how changing the ambience alongside the music can really change the taste.”

“We taste with our senses, not our mouths – our tongues do not taste food but actually our brain gets the mouth ready for flavour experiences. The environment around us has a substantial effect on our culinary experience - music can cleanse the palate, can influence and change taste and can heighten your experience. Hence small changes in the environment cab truly elevate our dining experience.”

Additional findings from the report include –

Listening to classical music is likely to make wine, and other drinks, taste more expensive

Slow music can result in flavours lasting longer in the mouth. While the more up tempo music, the flavour fades more quickly

The more you like the music, the more you will like what you are tasting - this is an example of what is known as sensation transference. The idea is that we transfer what we feel about the music to what we think about the food and drink

Pairing the right musical instrument with right food enhances taste - evidence suggests that the sound of the piano is a good match for fruits such as blackberry, apricot, and strawberry - likely because they are sweet

The simple sound of ‘external factors’ can influence your eating experience – at the simplest level, think only of the sound that many foods make as we bite into and chew them. For example, that if made louder, the sound of the crunch will radically enhance your perception of freshness when eating a crisp As Charles comments, “In fact, many of our favourite sensory experiences around food and drink have such an effect. We think of the crispy, crackly, creamy foods or carbonated sensations that we all know and love. They are dependent, in large part, on associated, often distinctive, sounds.”

Sony has recently launched its Multi-room audio technology, which allows for superior control over the music you listen to at home. Whether a dinner party with friends, or a simply relaxing evening – connect your compatible devices and enjoy Multi-room music in any room of the house to easily set the perfect atmosphere for the occasion.

Sony has a broad offering of Multi-room connecting products and options. From its sleek wireless speaker range such as the portable SRS-X77, High-Resolution Audio capable SRS-X88 and SRS-X99, to its STR-DN860 and STR-DN1080 AV Receivers, to the HT-NT3 and HT-ST9 Soundbars, CMT-SX7 Hi-Fi System and HT-XT3 TV Speaker Base; you will find the right product for every room in your house. Music can be easily Google Cast onto the audio speakers from your smart mobile devices or played easily via Bluetooth® / NFC One Touch™.

Of particular relevance to food is his work on vision and chemical senses, which asks the question: do we just smell or taste what we see? The main goal of the project to understand the interactions between vision and odour and taste perception. He works with chefs including Heston Blumenthal at The Fat Duck, and with Ferran Adria's research kitchen in Spain. He is currently doing projects with the Paul Bocuse cookery school in Lyon, France, and with young and up-and-coming chefs such as Charles Michel in Bogota, Colombia.

About the Sony Multi-Room products

For more detail about all the Sony Multi-Room products please see the Sony press centre: http://presscentre.sony.co.uk/pressreleases/bring-your-music-together-at-home-with-sony-multi-room-1141546 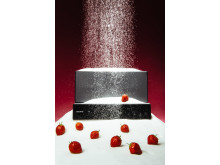 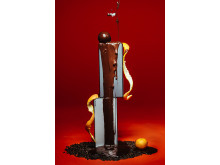