Sony’s newest consumer electronics technologies on display at CES 2014 deliver something for everyone, from the highest resolution 4K TVs to cameras for every type of photographer, to smartphones that reshape mobile communications, and even a new concept for active lifestyles: the SmartWear experience. Continuing its commitment to always redefine the consumer user experience, Sony’s CES 2014 line-up focuses on a central theme: ‘Play’.

“The definition of ‘Play’ can mean anything from playing games to playing music, watching or participating in sports, to hitting ‘play’ on your favourite device – above all, it means fun,” said Mike Fasulo, president and COO of Sony Electronics. “Our new products are designed to be there with consumers, enhancing the pleasure of activities they already love. They represent the essence of what drives Sony forward, combining technology and emotion to inspire the type of excitement that only Sony can evoke.”

At CES 2014, Sony is combining products, content and online services to create immersive and dynamic entertainment experiences - in and out of the home.

Sony’s 4K ecosystem includes all aspects of content capture, production and enjoyment, with new TVs in a variety of sizes, the world’s first 4K media player and download service, and consumer 4K camcorders. At CES 2014, Sony is highlighting advances in each of these areas.

Sony’s line of 4K Ultra HD BRAVIA televisions is growing, with the flagship 85-inch X95. It features X-tended Dynamic Range PRO with a unique backlight algorithm to achieve a much wider dynamic range of brightness with higher peaks and deeper blacks.

Joining the 4K Ultra HD BRAVIA range is the X9 series, with a ‘Wedge’ structure that saves space, whether on a stand or hung on a wall, and improves performance by housing a built-in woofer, tweeter and sub-woofer for richer, enveloping sound.

To give consumers even more 4K content choices, Sony is working with a range of content providers including 500px for photos, YouTube and more. Sony is also extending its relationship with Netflix to provide compelling 4K content to BRAVIA TVs, and expanding its PlayMemories Online service for BRAVIA TVs in more than 27 countries and regions.

Creating content is also a critical part of the Sony user experience. The past year saw Sony make significant advances in digital imaging, from the QX series of lens-style cameras to the full-frame-in-a-compact body α 7/α 7R interchangeable lens cameras and the fixed lens RX10 camera.

New at CES is Sony’s α 5000, the world’s smallest and lightest APS-C interchangeable lens camera. This mirrorless model combines high image quality with both Wi-Fi and NFC capabilities, and is perfect for photo enthusiasts looking for a small camera as well as point-and-shoot photographers looking to step up. Sony’s PlayMemories Camera Apps family further enhances the photo experience with a growing range of free and paid apps to offer new creative effects and utilities.

On the camcorder side, Sony’s FDR-AX1E 4K Handycam camcorder is now joined by the FDR-AX100E, a model that is approximately 75% smaller and 66% lighter for comfortable one-handed filming. This new camcorder has a back-illuminated 1-inch type CMOS image sensor and BIONZ X image processor for enhanced picture quality, even in low light. Its large diameter ZEISS lens is optimised for movie shooting, and Wi-Fi and NFC let users quickly and easily connect to other devices such as smartphones and tablets. The camcorder can also down-convert 4K content.

Sony’s new Action Cam (model HDR-AS100VR) point-of-view camera adds a BIONZ X image processing engine, a new lens and image sensor for significantly improved image quality, and high frame rate capability for capturing slow motion video. The newest model is splash-proof with no need for a separate housing. A new feature lets users control up to five HDR-AS100V models with the Live-View Remote and record simultaneously with them all for a multi-view picture. The remote control function also works with other Sony digital imaging products such as the α, QX, Handycam and Cyber-shot lines.

The Head Tracker sensor attaches to the back of Sony’s HMZ-T3W head-mount display, senses the wearer’s head movement, and then changes the view from left to right or up and down. With Head Tracker, consumers can view the footage captured on Action Cam, seeing different angles of the video with a simple turn of the head.

The other new Sony prototype on display at CES is Tennis Sensor. This sensor attaches to a tennis racket and can analyse and record the user’s tennis shot and information including swing speed, ball spin and speed for later review on a smartphone.

Audio has been at Sony’s heart since the company was founded, and last year’s introduction of High-Resolution Audio products keeps that tradition alive and vibrant. At CES, Sony is demonstrating its High-Resolution Audio family and leading the way in innovation for the industry-wide initiative by unveiling new products including the ZX1 Walkman®, SRS-X9 wireless speaker system, High-Res capable PC audio and home speakers and home cinema systems.

CES will feature an array of Sony Mobile innovations that build on the success of its flagship Xperia Z smartphone.

The Xperia Z1 will now be available in the United States, in association with Sony’s partner T-Mobile. A new addition to the Xperia series is the Xperia Z1s, which features Sony’s leading camera technologies found in the Xperia Z1 including ‘G Lens,’ ‘Exmor RS for mobile’ and ‘BIONZ for mobile.’

The Xperia Z1s smartphone gives consumers new ways to enjoy their smartphone camera, with new Social Camera applications including the newly added Background Defocus to give photos an added creative edge. This is the first smartphone to come with the new PlayStation®App pre-loaded for remote and second-screen PS4 gaming experiences. Consumers will benefit from T-Mobile’s ultra-fast 4G LTE network for downloading movies and streaming music.

For a smaller size option, Sony’s new Xperia Z1 Compact model brings all the features and technology of the Z1 into a convenient palm size, available in four expressive colours with a family of more than 130 innovative NFC-enabled accessories.

Switching to the Xperia platform is now easier than ever with Xperia Transfer Mobile - a quick and easy solution for phone-to-phone transfer of contacts, music, photos, apps and more from other Android and iOS phones, without the need for a PC.

In addition to smartphones, Sony is outlining its new SmartWear Experience vision, including an upcoming range of SmartWear products, with Sony Xperia smartphones, and a new Lifelog application.

The first product in the range will be ‘SmartBand’, which lets consumers log daily activities that are represented visually in Sony’s Lifelog application.

“Users can reminisce about the past, make the best of the present and plan for the future,” said Kunimasa Suzuki, corporate executive officer, EVP, and president and CEO of Sony Mobile Communications. “The SmartWear Experience shows that life is more than the number of steps you take; it’s about emotion as well as motion. Entertainment and information; how you feel, as well as what you do. It’s about moving, and most importantly, being moved.”

From an expanding world of 4K and 4K content, an industry wide hi-res audio initiative to deliver sound in new ways, new digital imaging devices and a number of portable devices that consumers can wear, pocket or attach – at CES 2014, Sony isn’t just playing around. 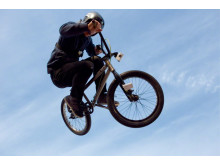 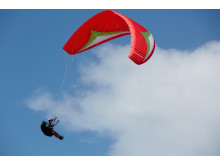 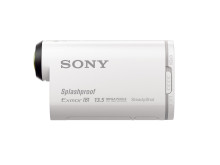 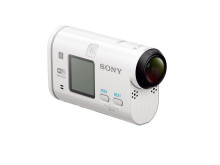 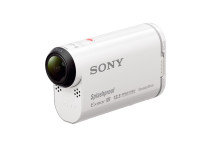 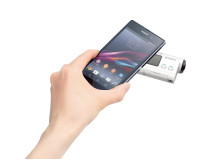 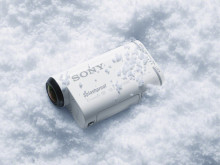 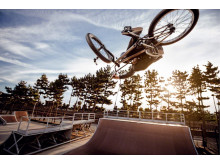 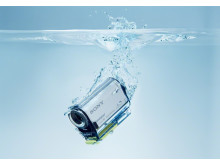 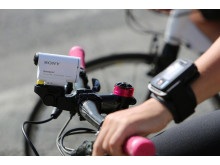