The judges of the 2017 Sony World Photography Awards today honour the work of Irish photographer Ivor Prickett, whose photographic series “Caught in the Crossfire” is shortlisted as top ten in the world in the awards’ Professional Current Affairs & News category.

Over 227,000 images from 183 countries were submitted to the 2017 Sony World Photography Awards. Prickett, who is from Cork but is currently in Iraq covering the Mosul offensive, is the sole Irish photographer to be recognised across the awards’ shortlist (top ten) for the Professional, Open, Youth and Student Focus competitions, all of which are announced today. A further four Irish photographers were also commended (placed top 50 in their category) by judges in the Open competition, see full details below.

In the Professional competition judges were looking for strong bodies of work between 5-10 images, representing the finest contemporary photography today.

Ivor Prickett is a documentary photographer represented by Panos Pictures. Originally from Cork, the photographer has been based in the Middle East since 2009, and focuses his work on the aftermath of war and its humanitarian consequences.

Prickett’s has been previously shortlisted by the Sony World Photography Awards in 2012 and 2014, and has also been by The Ian Parry Scholarship, The National Portrait Gallery Taylor Wessing Prize and selected to participate in the World Press Photo masterclass.

His shortlisted series “Caught in the Crossfire” captures the intense fight for Mosul, and the thousands of civilians who remain caught between Iraqi and coalition forces on one side and Islamic State group fighters on the other.

Talking about the work, Prickett explains: “Over 800,000 people are still reportedly trapped in Mosul, according to estimates by the United Nations. Tens of thousands are sheltering in neighbourhoods declared liberated by Iraqi forces and many more remain in parts of the city under ISIS control. Humanitarian organisations continue to fear mass displacement and civilian casualties. While other areas of the country were largely devoid of civilians when they were finally rested from ISIS control, the battle for Mosul is different because so many people have been told to remain inside. As a result progress has been slow and civilian casualties, although lower than expected, are still mounting.”

Prickett will now compete to win the Professional Current Affairs & News category and the prestigious Sony World Photography Awards’ Photographer of the Year title. The winners will be announced on Thursday 20 April and prizes include the latest Sony digital imagery equipment, a trip to the awards ceremony in London and $25,000 US dollars.

The photographer’s work will also be shown alongside the awards’ other shortlisted, commended and winning images at the Sony World Photography Awards & Martin Parr – 2017 Exhibition in London from April 21-May 7.

The judges of the Sony World Photography Awards also commended four Irish photographers in the awards’ Open competition. The photographers placed top 50 in the world for their images are:

The commended images showcase distinct styles and subject matter. Dominic Byrne’s “Infinity”, commended in Open Architecture, showcases Cayan Tower in the Dubai Marina, and in stark contrast Jonathan Beamish’s “Calais Getaway” captures a young boy jumping into a social worker’s car in the Calais refugee camp. Aaron Dickson, a student at the Belfast School of art, Ulster University, was recognised for a single image from his series “Notes on Hospitals, 2016”. Aoife Herrity’s image is part of a personal project with a local youth theatre and was taken during the light testing of in the space.

Each year the awards recognize and reward the finest contemporary photography captured over the last year entered into any of the awards’ four competitions - Professional, Open, Youth and Student Focus. With 49 nationalities represented, the 2017 shortlists reinforce the awards’ international appeal and unique ability to present the greatest images taken by photographers from all corners of the world on a truly global scale.

Each of the four competitions are judged anonymously by internationally acclaimed industry professionals, carefully selected by the World Photography Organisation. For full list of 2017 judges, please click here.

Shortlisted and commended images from across all competitions are available for publication at www.worldphoto.org/press

227,596 images were entered into the 2017 Sony World Photography Awards across all competitions 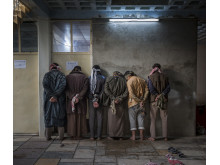 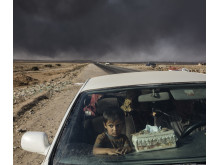