March 28, 2017: The judges of the 2017 Sony World Photography Awards today announce the photograph “Bonfire Night 15th August 2016 in Derry” by Bernard Ward, as the winner of Ireland’s National Award.

The Sony World Photography Awards is the world’s largest photography competition, and the National Awards is a global program open to photographers of all abilities. It aims to find the best single photograph taken a local photographer in 65 countries.

Bernard Ward’s winning image “Bonfire Night 15th August 2016 in Derry” is a notable entry and winner this year due to its somewhat controversial view. Bonfires have been part of Catholic and Protestant cultures for generations, and they’ve come under much criticism since troubles have subsided. This such instance was captured in the Catholic/ republican Bogside area of Derry on the day of the bonfire. In the picture you can see lots of locals gathered to the left watching the youths of the Bogside build the bonfire made mostly of wooden pallets. In the foreground you see cars approaching. This bonfire stirred huge controversy as it blocked a public road.

Bernard Ward is 34 years old, a father of one from Derry in the Northwest of Ireland. He comes from a historic city which has seen amazing changes over the past 30 years, from horrific violence as part of "the troubles" in Ireland and Northern Ireland to the relatively normal and co-operative society today. He loves to document the streets of Derry and tell the story of his hometown, its history and culture through pictures. He works as a marketing manager but his dream is to become a full time photographer.

Commenting about his success, Bernard says: “To win such an award like this especially in the Ireland category is such an honour for me. I enter the Sony World Photography awards every year and I have always dreamed of winning such a prestigious award. Winning this award means everything to me and makes all the years of hard work in photography worthwhile. Photography is a passion and to win an award like this is overwhelming for me. I have always admired the level of talent every year across all categories and to be considered a winner is one of my biggest achievements to date.”

The runner up positions for Ireland’sNational Award were given to:

Winners and runners-ups across all 65 National Awards were announced today, and can be viewed here.

The winning work will be shown alongside the awards’ other winning and shortlisted images at the Sony World Photography Awards & Martin Parr – 2017 Exhibition in London from April 21-May 7 and published in the annual winners’ book.

Images by all National Award and Open category winners are available for publication at press.worldphoto.org

The World Photography Organisation is a global platform for photography initiatives. Working across up to 180 countries, our aim is to raise the level of conversation around photography by celebrating the best imagery and photographers on the planet.We pride ourselves on building lasting relationships with both individual photographers and our industry-leading partners around the world. We host a year-round portfolio of events including: the Sony World Photography Awards (the world's largest photography competition, marking its 10th anniversary in 2017), various local meetups/talks throughout the year, and PHOTOFAIRS, International Art Fairs Dedicated to Photography, with destinations in Shanghai and San Francisco. 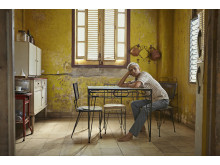 My creative process has always involved narratives as the basis of the photo, my aim has been to capture an emotional moment in a way tha... 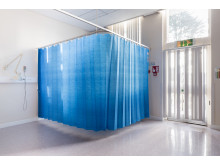 Untitled from the series ...

Untitled from the series Notes On Hospitals. This image was taken on 22 Jan 2016 during my MFA Photography course of study at the Belfast... 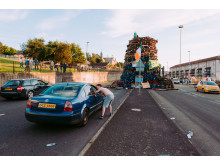 Bonfire night 15th August 2016 in Derry Ireland. Bonfires have been part of Catholic and Protestant cultures for generations. Bonfires ha...