Roche‘s winning image “Monlam, Taktsang Lhamo” was chosen as the single best photograph taken by an Irish photographer entered into any of the awards’ ten Open categories.

Roche, a filmmaker and photographer born in Canada who is currently based between London and County Limerick, has won a Sony ILCE-7M2K. In addition, the winning image will be part of the 2016 Sony World Photography Awards Exhibition at Somerset House, London from 22nd April - 8th May and will be published in the annual Sony World Photography Awards book. The exhibition will also include the winning and shortlisted images of Professional, Open and Youth competitions alongside the first major European exhibition of the artistic duo andfine art photographers RongRong & inri (China/Japan), recipients of the Outstanding Contribution to Photography prize at the awards.

Talking about his win, Roche comments: “I am delighted to win the Ireland National Award. Last year I was second, so persistence pays off and it looks like I’m heading in the right direction. It is wonderful to receive recognition and it makes the memory of standing in the freezing cold of a Tibetan winter, sometimes at altitude, now seem well worth it. Photographing different faith traditions across the world, I try to tell stories rather than create pretty images – after all I come from a nation of storytellers. I’m grateful that there’s an audience for it."

And about the winning image, he says: "The great prayer festival of Monlam takes place in Eastern Tibet during the heart of winter. Tens of thousands of pilgrims join the monks in celebrating the event. Here the monks of Taktsang Lhamo are performing the ritual known as the ‘Turning of the Buddha’ where a statue of the Maitreya Buddha is carried around the four corners of the village. Maitreya is a Buddha who will appear on Earth in the future, achieve complete enlightenment and then teach the dharma. This ceremony is to ensure that the earthly realm will be ready for his arrival."

Runner up positions for the Ireland National Award were given to:

The National Awards programme honours and rewards the best single image taken by a local photographer and runs in 60 countries across the world from Argentina to Australia. It is open to photographers of all abilities.

The winners of all 60 National Awards were announced today. To see all the winning images please go to www.worldphoto.orgThe Sony World Photography Awards rewards and recognises the world’s best contemporary photography from the last year. Attracting photographers of all abilities, the awards incorporate four competitions: Professional; Open; Youth and Student. More information about the awards can be found at www.worldphoto.org

About the World Photography Organisation

Sony Corporation is a leading manufacturer of audio, video, game, communications, key device and information technology products for the consumer and professional markets. With its music, pictures, computer entertainment and online businesses, Sony is uniquely positioned to be the leading electronics and entertainment company in the world. Sony recorded consolidated annual sales of approximately $68 billion for the fiscal year ended March 31, 2015. Sony Global website: www.sony.net/ 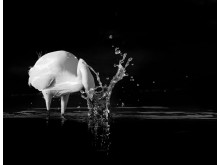 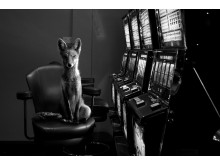 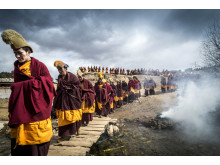