The Spanish photographer, now based in Seattle, beat off stiff competition from some of the world’s finest environmental photographers to win a fully-funded assignment to document three rainforest regions of the world. On behalf of The Prince’s Rainforests Project and Sony Eco, he will travel through the rainforest nations over the course of three months.

The Prince’s Rainforests Project (PRP), founded by His Royal Highness The Prince of Wales, recognises the global role played by rainforests in climate change and aims to achieve consensus about how the rate of deforestation might be slowed and stopped. There is a growing awareness of the need to urgently protect the world’s rainforests, their people and their resources. The project is working alongside other governmental and non-governmental initiatives to find a solution to deforestation for the rainforests nations, with the aim of making the trees worth more live than they are dead. The project is also working to inform and engage public interest on this subject, collecting mass support to make rainforests central to any future climate change strategy.

Daniel Beltrá, on the announcement of his award, commented: ”Winning The Prince's Rainforests Project category at the Sony World Photography Awards is a tremendous honour. It is an incredible opportunity to work as part of a team of the most qualified professionals that are focused in protecting the world's tropical rainforests. Tackling their destruction is one of the most effective ways to combat carbon emissions and global warming. His Royal Highness The Prince of Wales’ leadership in this matter is an example to all of us. I hope the photos I produce will make a strongly persuasive argument for the urgent preservation of the world's tropical rainforests.”

Well known for his environmental and conservational photography, for the last twenty years, Daniel Beltrá’s images of the rapidly changing planet have appeared in many of the world’s most prestigious magazines and newspapers. His photographic career began with the Spanish news agency, EFE, after which he became Gamma Agency’s correspondent in Spain. In 2001 he moved to the United States where his work is now represented by Reportage by Getty Images. Beltra has also freelanced with Greenpeace since 1990.

Tom Stoddart, Chair of the PRP Award Judging Committee said: “For over two decades Daniel’s cameras have highlighted man’s devastating impact on the planet by depicting the destruction of ancient forests, peoples, oceans, species and the ozone layer. His passion and talent to inform in tandem with his artistic eye, makes him the perfect recipient of this most prestigious and important award.”

The PRP Awards, which complement the theme of the environment at this year’s Sony World Photography Awards, is open to amateur photographers too. A selection of the best images by amateur photographers is currently on display in Cannes as part of the Sony World Photography Awards festival. The images will also be used by The Prince’s Rainforests Project and Sony on various initiatives throughout the year to help communicate their environmental message.

Environmental responsibility has been a significant part of the Sony ethos for many years and the partnership between the Sony World Photography Awards and The Prince’s Rainforests Project is part of Sony’s Eco programme of initiatives and programmes.

Emily Young, General Manager, Environmental Communications at Sony Europe explains “This partnership is all about using photography to raise awareness about the importance of climate change. Photography is the perfect way to communicate the fundamental beauty of our environment, and the importance of preserving it for future generations. We are very excited about the outcome of these awards and in aiding the category winner to document some of the major deforestation in the world, and to communicate its impact on overall climate change.” 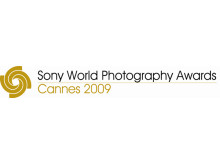