Available from the 4th September 2014, as a free download (iOS and Android), this handy app works beautifully with Sony’s QX10, QX30, QX100 and QX1 lens-style cameras that bring serious shooting power to your smartphone or tablet.

One-touch wireless connection by NFC between phone and lens-style camera is quicker than ever – even more so if you’re an Xperia[i] phone user. Compose, review and share shots or tweak camera functions on your phone screen with fingertip ease.

The app’s slick, speedy interface gets a makeover for even surer one-handed operation. There’s also a new touch shutter function that allows fumble-free shooting just by touching your phone screen when using a QX lens-style camera.

Advanced new features reinforce the feeling that you’re shooting with a serious camera, not just snapping haphazardly with your smartphone.

On-screen focus frames pop up to confirm that the QX’s powerful autofocus system is locked firmly onto your target – even multiple faces in group shots.

Another important feature of pro-quality cameras is grid lines - which help ensure that everything’s straight and true in your composition.

Group selfies are even easier with a new Mirror mode that lets you frame shots in confidence with the camera held at arm’s length.

PlayMemories Mobile Version 5.0 for iOS and Android is available now for free download.

For more information on all Sony press materials including the latest at IFA, please see the new Press Centre: http://presscentre.sony.co.uk/


[i] Please check at www.sony.co.uk for Xperia phone compatibility 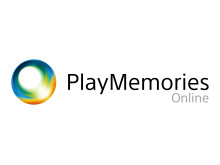