This astronomical occurrence is incredibly rare; taking place every one to two years and provides a fascinating subject for astro-photographers around the world

With the second full supermoon of the year taking place on November 14th, ensure you capture striking photography of the astro-phenomenon wherever you are, using top tips from Astro-photographer Andrew Whyte, and kit including Sony’s G Master lenses.

The wonder of the full Supermoon is a rare, astronomical occurrence that takes place when a full or new moon is at its closest point to the Earth on its elliptical orbit. This wondrous­ phenomenon captures the minds of astro photographers across the world as it provides a rare opportunity to take awe-inspiring imagery of the moon at its greatest.

Be inspired by Astro photographer Andrew Whyte and capture your own photo series, marvel at the sheer size of the moon during this natural phenomenon. Andrew Whyte shares his tips for capturing the upcoming supermoons –

1/ Use apps & maps to prepare for your shoot

Information about moonrise times & positions is readily available online and can be cross referenced with maps to help confirm if the shot you’re seeking is possible. Try to include a landmark or landscape feature in your scene. This usually means photographing when the moon is low to the horizon, so make sure there’s nothing in the background that can obstruct your view of the moon- tall buildings, for instance, or in more rural settings, a copse of trees or distant hilltops.

2/ Do all you can to minimise vibrations

Anything that causes a camera to vibrate can lead to a loss of sharp detail in your final image. Fortunately the Sony 70-200 GM lens I used for this shoot has a built-in stabilisation feature which proved very effective at overcoming my slight natural movements. A solid tripod and cable release [or the unique Touchless Shutter app from the PlayMemories app store] further helps to minimise the chance of movement.

3/ Take control of your camera

For consistent results you need to instruct the camera what settings to apply. I prefer to shoot in Manual mode but Shutter priority can also be used- on the Sony α7R II these can be found respectively in the M and S positions on the Camera Mode dial. The moon moves swiftly across the sky so, in either case, it’s important to select a shutter speed above 1/100sec (or higher for longer focal lengths), then adjust brightness using ISO (Manual mode) or the Exposure Compensation dial (Shutter priority).

Photographing a large landmark from a distance gives you the best chance of retaining sharp focus across the whole scene- I stood up to 3km away from my chosen subjects! At that distance you may be able to use autofocus although I opted to focus manually, helped by the α7R II’s zoom assist and focus peaking features. These functions are invaluable in low-light conditions as they firstly magnify the focus area within the viewfinder, then show small coloured highlights to confirm that the area is in focus.

Even the best-framed photo can be interrupted for better- or worse. From an inopportune passer-by in the foreground to a well-timed bird or plane in front of the moon- t. Take a few photos in quick succession for each composition and watch ahead for anything entering or leaving the frame, as some “lucky” shots are really the product of the photographer’s vision and anticipation.

6/ Stay out late & get creative

As the moon rises higher and the sky darkens, so arrives the chance to capture a different kind of image. By choosing a subject much closer to your position- a contorted tree, architectural feature or even friends for a moonlit portrait- you’ll help to throw the background out of focus and enjoy city lights or stars which render as soft, overlapping circles (commonly known as ‘bokeh’) instead of pinpricks of light. Again, the 70-200 GM excelled at capturing a scene with sharply focused foreground and gorgeously blurred background.

Yann Salmon Legagneur, Head of Product Marketing, Digital Imaging for Sony Europe, commented, “The opportunity to take images like these doesn’t come around often, and in this fleeting moment it can be incredibly hard to make sure you get the best shot, not only due to factors such as location and weather, but also due to kit specifications. However the incredible resolution Sony’s G Master lenses can bring out in combination with beautiful defocusing capabilities will give photographers the best chance possible.”

The camera also includes a 5-axis image stabilisation system borrowed from the acclaimed α7 II model and can shoot and record 4K video in multiple formats including Super 35mm (without pixel binning) andfull-frame format, a world’s first for digital cameras. Additionally, it has a newly refined XGA OLED Tru-Finder with the world’s highest (0.78x) viewfinder magnification. 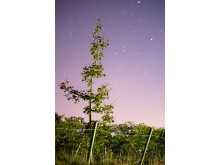 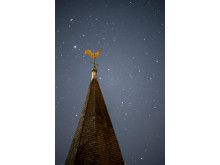 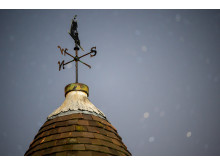 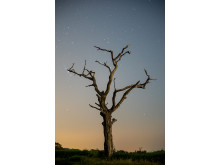 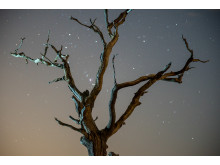 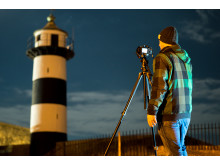 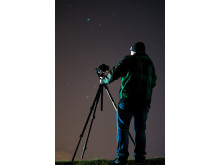 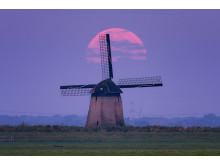 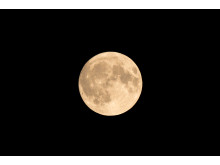 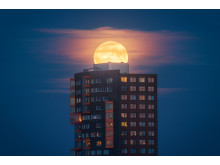