With International Dark Sky Week approaching on the 31st March, Sony has partnered with leading astro photographers to highlight the astronomical delights on display this year and give insider tips on when, where and how to capture the perfect shot.

From the Milky Way to incredible star trails, astro photographers from across Europe Albert Dros, Andrew Whyte, Alexander Heinrichs and Leonardo Orazi show us how it’s done capturing this stunning photo series using Sony’s 24mm F1.4 GM lens. The perfect lens for capturing incredibly detailed astro-images due to its ability to take clear and crisp shots of the night skies while preventing any unwanted light reflections from the glass.

Top 5 astronomical moments to be ‘camera ready’ for in 2019

Best destinations to catch the night sky in Europe

According to Bettymaya Foott from the International Dark-Sky Association, summer is the prime time to capture the Milky Way galactic centre, but winter has its benefits too. There are multiple locations around Europe where you’ll want to look up when visiting – 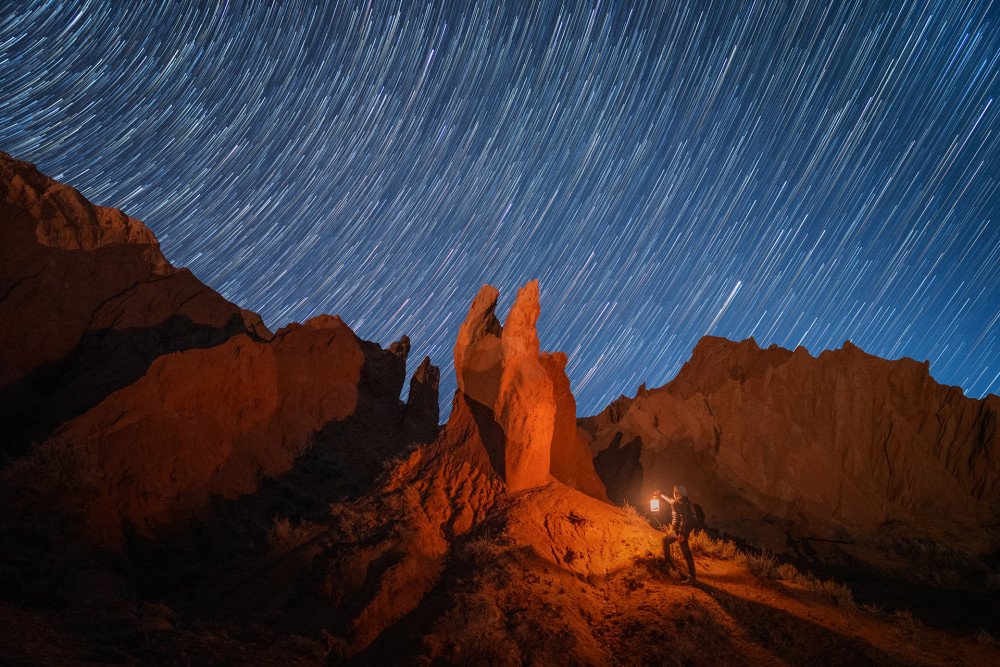 The story behind the imagery: Milky Way (Netherlands Albert Dros)

Popular for its stunning, mystic appearance, the Milky Way is an all-time favourite amongst night-sky enthusiasts. Award-winning photographer Albert Dros from The Netherlands recently captured this in all its glory from a canyon in Kyrgyzstan on the south of the Issyk-Kul lake. As Albert highlights, “The night sky is infinitely beautiful and people go to great lengths to capture its awe-inspiring beauty. Fortunately, the new 24mm F1.4m GM lens captures great detail and supresses sagittal flare, doing a lot of the work for you so you can capture the beautiful scenes with ease.”

The story behind the imagery: Star Trails (Italy Leonardo Orazi)

Italian Astro photographer Leonardo Orazi captured mesmerising star trail images near Sestriere in The Alps using the 24mm F1.4 GM lens, as he highlights, “I tend to shoot my best photos in The Alps; I like the peace and quiet, but mainly the clear dark skies which allow me to get the perfect shot. Having lightweight equipment is crucial for me as I walk along the mountainside. At only 400g, the new Sony lens is the ultimate companion.” 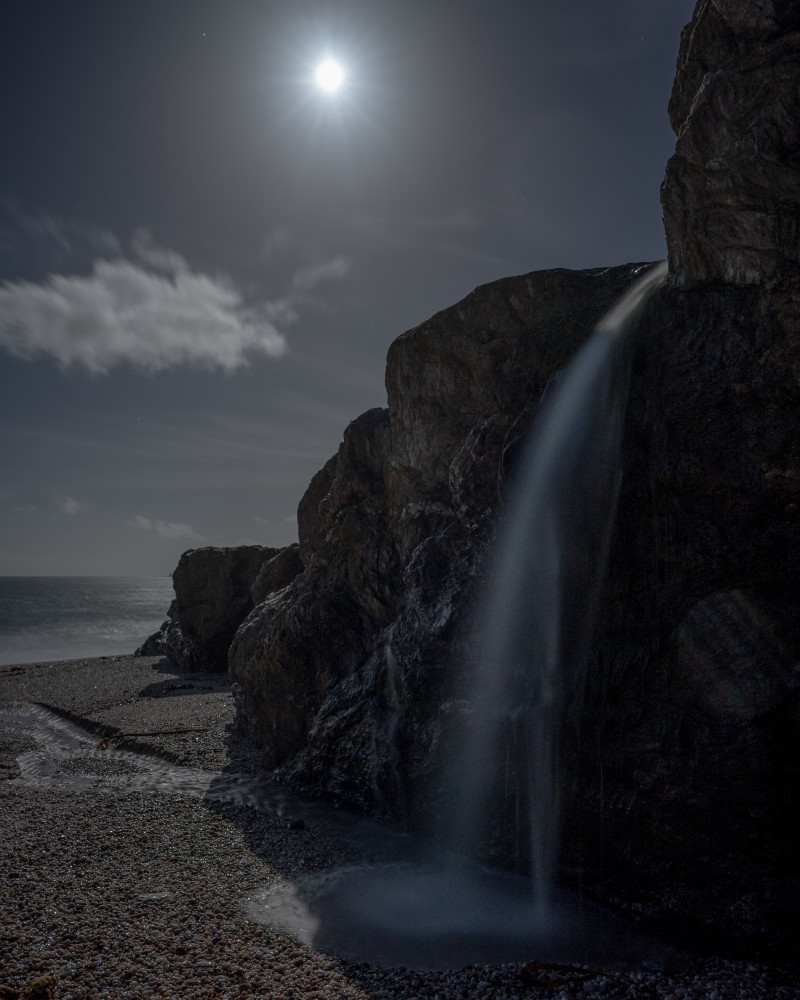 The story behind the imagery: Supermoon (UK’s Andrew Whyte)

With the next supermoon happening on the 21st March, photographer Andrew Whyte gives his top tips for capturing the moon at its closest point to earth in all glory. He says: “Capturing the supermoon can be done in many ways – the classic close up shot with something in view or one from a distance to encapsulate the night sky. The best pictures have been taken with careful attention to the kit I use. Sony’s 24mm F1.4 GM lens captures the detail, avoids the sagittal flare and allows me to get on with doing what I do best.”

Unsparing application of leading-edge technology achieves refined G Master performance with consistently high resolution and soft, natural bokeh even at the widest F1.4 aperture setting. The lens is both compact and the lightest in its class, maximizing portability. It also offers fast, precise AF drive, top-level control and reliability.

This year celebrations begin on Sunday, March 31, and run through Sunday, April 7, 2019. Check out 5 ideas for participation here, and click here for information on available resources to use during the week. For International Dark Sky Week collateral, check out this online folder.

Bettymaya Foottt, Director of Engagement at the International Dark-Sky Association says: “During the summer the earth at night (in the northern hemisphere) is looking toward the centre of our galaxy, home to the highest concentration of stars. The combined starlight makes it the most luminous part, too.

“For those shooting in winter, however, the winter Milky Way shows us the outside edge of our galaxy. With fewer stars, the wintertime Milky Way will appear subtler than its summer counterpart but composition, foreground, and knowledge of some of the brighter constellations (like Orion) will help to compose a striking image.

“Layering consecutive night sky images will give you the effect of star trails. Some people take single longer exposures with a lower ISO for the same result, but I like the method of stacking as it reduces digital noise.

“Pointing North, you will get concentric circles around our North Star. Shooting in other directions will give you large arcs of stars.”

Andrew Whyte – Four-time shortlisted for the Royal Observatory's Astronomy Photographer of the Year competition, Andrew is a commercial photographer based in Hampshire, UK. Andrew has two distinct specialisms: by day he’s known for capturing light-hearted scenes using tricks of perspective and by night he’s known for astro photography.

You can find our more here: www.longexposures.co.uk

Albert Dros – Award-winning photographer based in The Netherlands. As well as specialising in astro photography, Albert spends time capturing landscapes.

You can find out more here: www.albertdros.com

You can find out more here: www.starkeeper.it

Alexander Heinrichs - Formerly a pharmacologist, Alexander has been a professional photographer and designer for 12 years. Based in Aschaffenburg, he is also a teacher and shares his skills in various publications. His portfolio spans still life, landscape and astro photography. You can find out more here: www.alexanderheinrichs.com 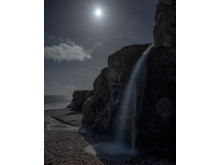 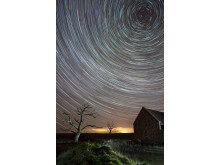 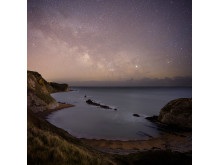 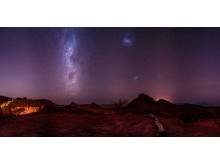 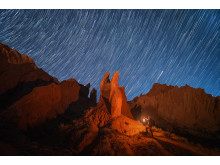 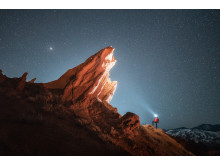 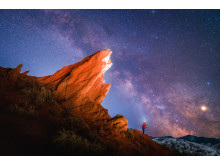 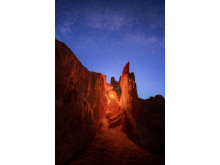 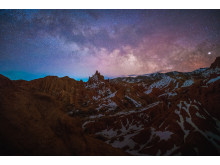