With 309 theatres and 4,628 screens, AMC will be the largest entertainment company equipped with 4K digital technology in North America. It accelerates the momentum behind AMC’s transition to digital projection technology and will provide AMC guests with the most state-of-the-art on-screen presentation available.

“At AMC, we deliver movies and other great entertainment presented in an immersive, big-screen viewing environment,” said Gerry Lopez, chief executive officer and president, AMC Entertainment Inc. “The agreement with Sony drives the quality and experience in that environment to the next level and is a prime example of our strong advocacy of the industry’s move to a digital platform. Digital cinema provides a new world of programming flexibility and opportunities for exhibitors, as well as a more efficient method of supplying content to our theatres. Sony 4K is a key and will result in an enhanced entertainment experience for our guests.”

The Sony 4K digital cinema projections systems being installed at AMC offer the highest picture resolution of all available projection technologies (at 8.8 million pixels, 4K provides image resolution four times greater than 2K projection systems and slightly more than four times greater than high-definition). This, coupled with ability to exhibit content in an exciting social environment and on screens that are up to 90 to 100 times larger than a typical in-home HDTV, puts AMC in a position to offer industry-changing technology resulting in an undeniably superior entertainment experience, Lopez said.

The 4K systems include manufacturing techniques that result in an efficient installation process. Sony’s digital cinema team will work with AMC to provide technical support of the systems and operations management at the company’s theatre locations.

“AMC’s digital roll-out using 4K technology is a breakthrough for the digital cinema industry and is a model for how these systems can transform an exhibitor’s operations,” said John Scarcella, president of Sony Electronics’ Broadcast and Business Solutions Company.

Looking beyond theatrical projection, Scarcella said the motion picture industry is now working with studios and cinematographers to produce and release 4K features. Sony Pictures Entertainment recently announced they will make and release most of their filmed productions using 4K technology. Sony is currently developing a complete line of digital 4K cinematography production equipment, including systems for 4K acquisition, storage and post-production.

“AMC’s decision to install Sony’s 4K projection systems is a clear commitment to provide an entertainment experience that far exceeds any other venue,” said Gary Johns, vice president of Sony Electronics’ Digital Cinema Systems Division. “We are thrilled to join AMC in its effort to raise the level of theatrical presentations.”

The AMC roll-out of Sony digital projection systems is planned to begin in the second calendar quarter of 2009 and continue across AMC’s North American theatre circuit through 2012. Currently, AMC features Sony’s digital projection systems in 11 theatres on 150 screens throughout the circuit; 29 of the current Sony-equipped screens feature 3D capabilities, with additional 3D screens planned as the AMC roll-out continues.

The AMC and Sony agreement is part of an initiative being led by Digital Cinema Implementation Partners, LLC (DCIP), an organization formed in 2007 by AMC, Cinemark USA, Inc. and Regal Entertainment Group. DCIP is charged with planning and implementing the deployment of digital cinema. 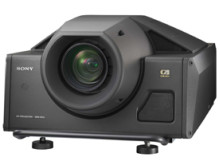 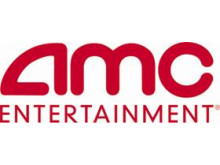