The success of the British photographers is remarkable as the 2019 Awards received its highest ever number of entries - 326,997 from 195 countries. Proving photography’s popularity in Britain, the Awards gained the highest number of entries from the UK, and the highest increase in entries year-on-year compared to any other country. The photographs will go on show at the 2019 Sony World Photography Awards Exhibition at Somerset House, London from April 18 - May 6, before going on a global tour.

Prize-winning automobile, architectural and street photographer Dean Grossmith, from Farnham, Surrey, was shortlisted in the Architecture category for his image A Sense of Scale, which depicts the Kölnbrein Dam in Austria. Upon hearing the news, Grossmith said “I am absolutely delighted my image has been shortlisted at the prestigious Sony World Photography Awards. I have a burning passion for fine art photography and I can’t think of anything better than having my image displayed at Somerset House in London.”

Durham-based photographer Michele Allan studied photojournalism at London College of Printing and is a Photographic Technician at Durham University. Her photographic projects range from focusing on the industrial landscape of the North East to documenting the richness and diversity of British society. She has been shortlisted in the Motion category for her image Walking on Water, which shows the famous annual Appleby Horse Fair in Cumbria.

Speaking of her image, she said “[The Fair] is claimed to be the largest of its kind in Europe. The washing of the horses in the river is a traditional part of the Fair. I felt that the boy to the left in the photograph was caught almost walking on water.”

Self-taught photographer Daniel Portch from Sevenoaks, Kent, started seascape photography as a hobby in 2016, after purchasing a DSLR camera after the birth of his newborn child. He has been shortlisted in the Architecture category for his image titled Aquatic Rider, which depicts a a scooter rider beside the Zaha Hadid-designed Aquatics Centre in the Olympic Park, London.

The Youth shortlist features the top eight single images taken by 12-19 year olds responding to the theme of ‘Diversity’.

16 year old, Shrewsbury-based student Emma Last has been shortlisted for a self-portrait entitled Divided, which she describes as symbolising “the segregation of individuals due to their differences, and shows how their features can see them placed into groups characterised by stereotypes created by society. It aims to highlight how although diversity is increasing, the lack of acceptance of it is culpable for the absence of equality in the world today.”

Upon her image being shortlisted, she said: “I am delighted to have been shortlisted amongst so many talented individuals, and excited to be presented with such an incredible opportunity to share my creativity on a larger scale.”

All those shortlisted now go on to compete against talented photographers from across the world to win their categories and have the chance to become Open Photographer of the Year and Youth Photographer of the Year, with prizes including the latest cutting-edge Sony camera equipment, flights to the London Awards ceremony, and $5000 USD for the overall Open winner. All the images will also be published in the annual Awards’ book.

Produced by the World Photography Organisation, the internationally acclaimed Sony World Photography Awards are one of the most important fixtures on the global photographic calendar. The Awards are now in their 12th year of partnership with headline sponsor Sony and consist of four competitions in total: Professional (for a body of works), Open (for a single image), Student (for academic institutions) and Youth (for 12-19 year olds). The Professional competition shortlist will be announced March 26.

Record number of entries to 2019 Sony World Photography Awards
As one of the world’s largest and most prestigious global photography competitions, the Awards annually celebrate and promote the best contemporary photography from the past year across a wide variety of photographic genres.

A total of 326,997 entries from 195 countries and territories were submitted across the four competitions of the 2019 Awards, the highest ever number of entries to date.

Judging the Open and Youth shortlists
The Sony World Photography Awards are judged anonymously by internationally acclaimed industry professionals, including representatives from international museums, publishing and the media.

McClelland comments: “I was astonished with the diversity of work that was entered into the Open and Youth competitions. The award represents a very democratic appreciation of photography, from tradition to emergent trends across all genres from nature to fashion. The competition allows the broadest demographic to have a platform.

“Judging single images is never easy, it is important to give equal appreciation regardless of genre to allow the fairest outcome. The judging is hosted blind to prevent nepotism or bias, which is extremely important. I look forward to seeing these striking contemporary images on display at this year’s exhibition at Somerset House.”

Other competitions and prizes

The Professional and Student competition shortlists will be announced March 26. All shortlisted and winning images will be exhibited as part of the 2019 Sony World Photography Awards Exhibition in London from April 18 until May 6, 2019 before touring globally.

Further press information and all shortlisted Open and Youth competition images are available to download for publication at www.worldphoto.org/press

Sony Corporation is a leading manufacturer of audio, video, imaging, game, communications, key device and information technology products for the consumer and professional markets. With its music, pictures, interactive entertainment and online businesses, Sony is uniquely positioned to be the leading electronics and entertainment company in the world. Sony recorded consolidated annual sales of approximately $77 billion for the fiscal year ended March 31, 2018. Sony Global Website: http://www.sony.net/

OPEN CATEGORIES
Rewarding the best single images across ten categories. Up to 15 photographers were shortlisted in each category. Category winners will be announced March 26, and the Open Photographer of the Year revealed on April 17.

YOUTH COMPETITION
Photographers aged 12-19 were asked to respond to a theme of ‘Diversity’ with a single image. The Youth Photographer of the Year will be announced April 17. 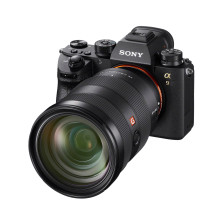